A much delayed multi-satellite launch by a Vega small launch vehicle successfully put 53 small satellites into orbit with the lift off taking place from the Kourou launch site at 0151 GMT on 3 September 2020 as part of the Arianespace Small Spacecraft Mission Service (SSMS). The launch was officially a Proof of Concept (PoC) flight.

The launch had been previously delayed by the investigation and corrective actions required after a previous Vega flight carrying the FalconEye-1 reconnaissance satellite for UAE failed in July 2019. That failure was traced to some suspected manufacturing issues with the second stage Zefiro-23 solid rocket engine. The launch was then subsequently delayed for several months by the travel restrictions caused by the impact of the Covid-19 pandemic and since June, by uncommon high upper-level winds at the launch site, and then finally by a typhoon affecting a down range tracking station on a South Korean island.

Of the 65 satellites carried, the majority, 46, were carried in the Vega lower section and the rest were in the upper portion of the delivery section of the upper stage. There were 26 Flock 4D 3U Cubesats using Planet’s new “SuperDove” bus/platform carried for Planet. Twelve (12) were carried on D-Orbit’s new ION-SVC (Lucas) delivery satellite – a satellite in its own right – while 14 were on Innovative Solutions in Space QuadPack deployers on the rocket. There were eight Lemur-2 ship tracking/atmospheric research satellites carried for Spire, and also 12 SpaceBee IoT (Internet-of-Things) picosats carried for Swarm Technologies.

Update on 23 October 2020: ION-SVC has since started to deliver Flock 4D Dove satellites into orbit during October.

Also aboard was the 118 kg ESail satellite for exactEarth which was built with a partial investment from ESA.  Also aboard the science missions Simba and Picasso as part of the QB50 atmospheric science international programme. The PhiSat 1A & B (FSSCAT A &B) mission pair of nanosatellites testing intersatellite links and artificial intelligence as part of the Federated Satellite Systems programme.

The launch also carried the OSM-1 CICERO atmospheric research nanosatellite – a US satellite but the first satellite made in the Principality of Monaco.

AMICal-Sat is making a study of the Northern and Southern lights for Centre Spatial Universitaire de Grenoble (CSUG). The GHGSat-C1 (IRIS) greenhouse gas-tracking satellite was carried for GHGSAT. Kepler TARS was carried as a prototype for the Kepler Internet of Things constellation.  NemoHD is a small Earth observation satellite carried for the Slovenian Centre of Excellence for Space Sciences and Technologies. Athena is a 138 kg internet providing communications satellite for PointView Tech LLC. NAPA is a small cubesat class reconnaissance satellite for the Reconnaissance satellite for the Royal Thai Air Force.  Dido 3 is a microgravity research cubesat for SpacePharma. Nusat 6 (Hypatia) is part of Satellogic’s quick revisit Earth imaging Adelph-1 constellation.  The Tyvak 0171 is a mysterious technology test satellite built by Tyvak for an undisclosed client.  Trisat is a short wave Infra-red  imaging satellite for the University of Maribor. TTU 100 (Hamarik) is an imaging and communications technology test satellite for Tallinn University of Technology (TalTech). And finally, UPMSAT 2 is a student built engineering training satellite of the Polytechnic University of Madrid (UPM). 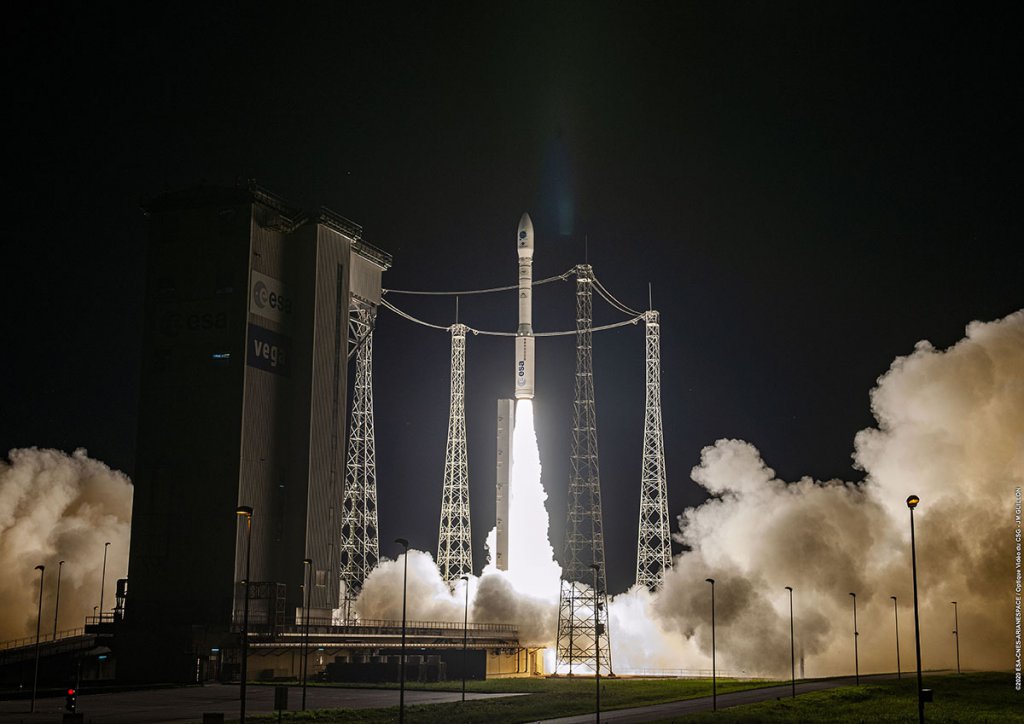