Blue Origin took the opportunity in April’s Space Symposium event in Colorado to show off its New Shepard “space tourist” carrying capsule (named after NASA’s first suborbital astronaut) with which it plans to begin suborbital manned test flights early next year.  Seradata’s CEO Tim Fuller took his chance to look around it. 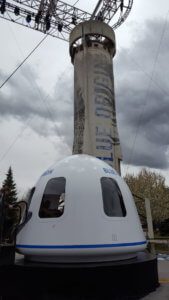 The New Shepard capsule and carrier rocket in the background. Courtesy: Seradata/Tim Fuller

The first impression of the capsule is of space – or rather volume.  The nine foot diameter capsule comfortably seats six astronauts in a circle. Each seat benefits from a large window which will afford a superb view, both on the way up, and when they are briefly in space. 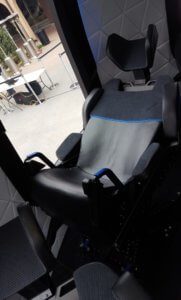 New Shepard Capsule Seat next to a window the size of a door. Courtesy: Seradata/Tim Fuller

I t has to be remembered that this capsule is just for suborbital flights above 100km – the now generally accepted boundary of space.  That is, after their carrier rocket booster blasts off and the capsule is separated, the New Shepard Astronauts will be able to unbuckle from their seats and experience a few minutes weightlessness as the trajectory reaches its parabolic apogee.  These brave space adventurers will then have to strap back in for atmospheric re-entry and subsequent parachute assisted landing.

The capsule’s interior design is clean and simple with a white padded lining that further gives an airy feel. In fact, it is the sort of environment that NASA’s orbital astronauts crammed knees bent into a Soyuz capsule on their way to the International Space Station, will look on with envy. 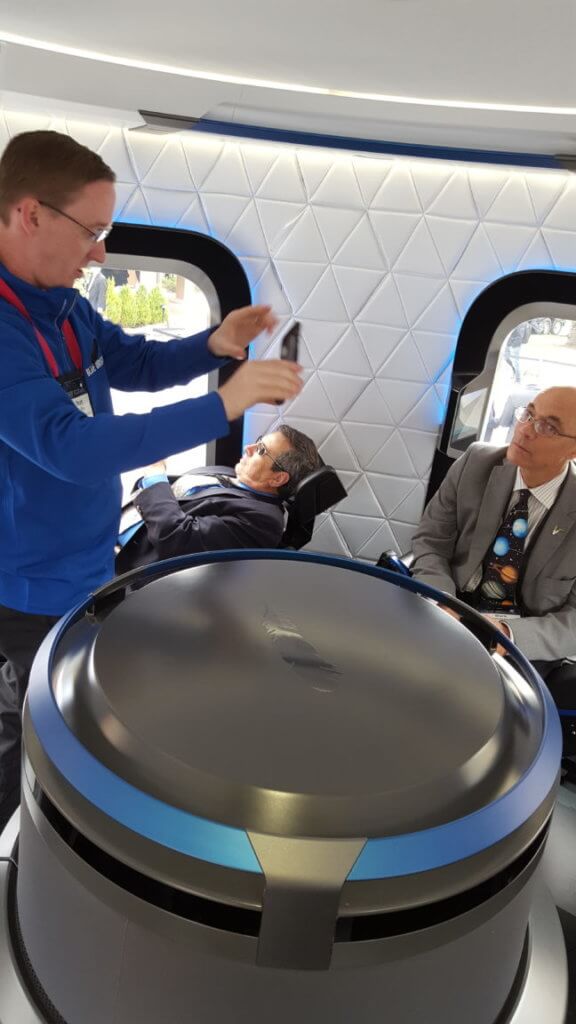 To further enhance its near science fiction nature, capsule has a central pedestal giving it a satisfying Dr Who ‘Tardis’ vibe.  However, this is not here just for style.  It houses the emergency escape solid rocket booster, a little hint that such a flight is not without its risks. The escape rocket will only to be used in the event of malfunction, in case the capsule needs to be immediately separated from its rocket booster.

Overall then, an impressive piece of design, and one that should win the race to suborbital space tourism if all goes to plan with manned test flights next year.