The mission’s co-payloads were: the OPTSAT-3000 optical surveillance spacecraft built for the Italian Ministry of Defence by Israel Aerospace industries (IAI), as part of broader agreements made between the Italian and Israeli governments; and VENUS a joint project by the French and Israeli space agencies “to study the evolution of Earth’s vegetation” over the period of its 4-year mission, also built by IAI. VENUS also carries an electric propulsion payload built by Rafael, an Israeli defence contractor. 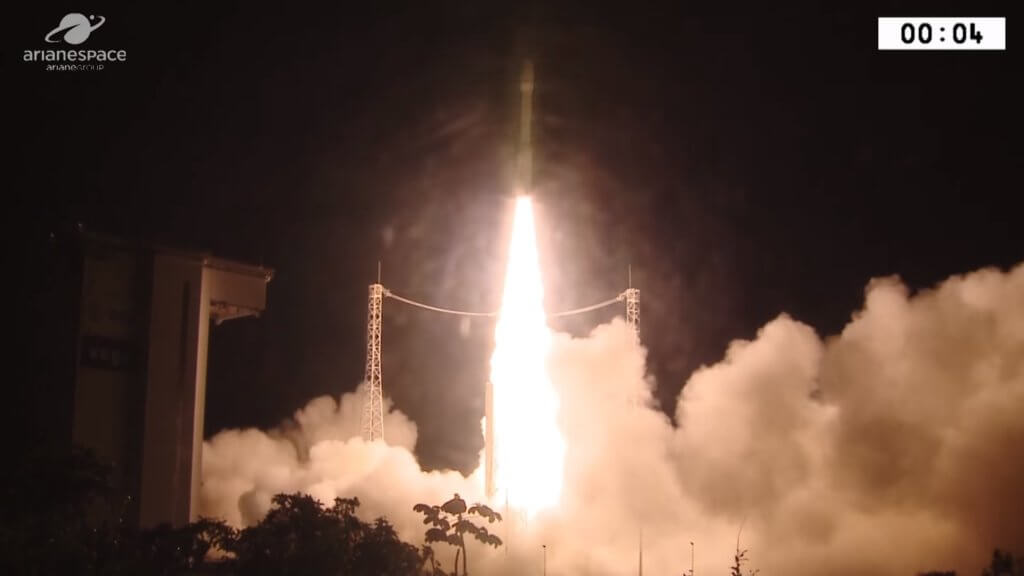 The Vega VV10 mission lifts off from Kourou, French Guiana. Courtesy of Arianespace.