The credibility of NASA’s uber-expensive heavy-lift rocket programme, SLS, is in jeopardy. This follows NASA’s admission that its first flight would be delayed for financial reasons and because of the damage inflicted on one of it tanks after it was dropped. Nasawatch.com reports sources saying that the liquid oxygen (LOx) tank dome for the SLS under construction was dropped and is damaged beyond repair. The accident also damaged some tooling. An investigation into the accident and an assessment of its consequences is under way. 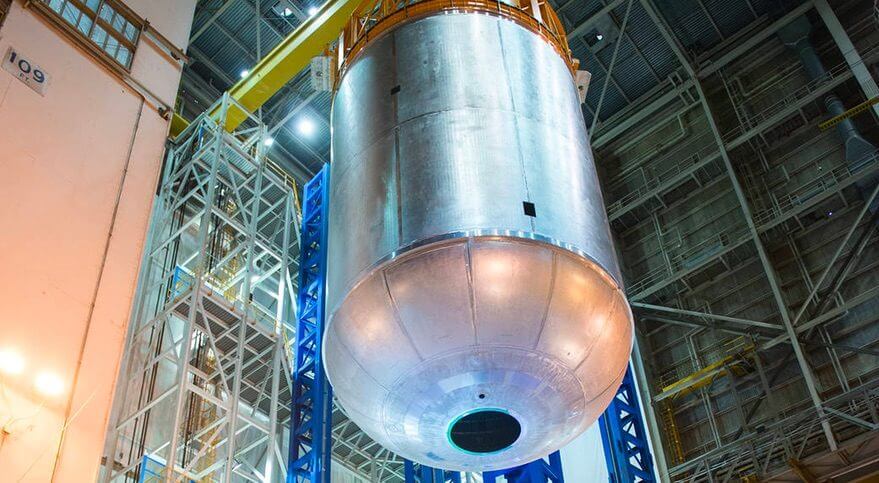 Along with financial issues, this means that the first operational flight of the Orion spacecraft (in unmanned condition despite suggestions of a manned flight) has been delayed from November 2018 until 2019 at the earliest.

Comment by David Todd: The US$18 billion (and rising) SLS now looks likely to be a disastrously expensive interim rocket with a very short lifespan indeed. Yes, at the time of the SLS selection NASA did need a heavy-lift rocket (the much more powerful commercial designs of SpaceX and Blue Origin were not even on the drawing board then). But a much cheaper option would have been the US$6 billion Sidemount design, which was much closer to the Space Shuttle configuration. This could have been transitioned to while the Space Shuttle was still flying (it would have used the same pad infrastructure). Sidemount would now be operational had NASA chosen this course. Instead it will become a footnote as the NASA heavy-lift workhorse that got away.

NASA has to show both the critics of HLVs and the US taxpayer that investing in SLS was worthwhile – if only as an interim rocket. To do this NASA must actually use it – and as quickly and as much as possible. That means using the SLS Block 1 now. It can do this by giving up on the EUS (Exploration Upper Stage) development and freeing up this money to fly SLS as soon as possible. Later, the current SLS upper stage could be stretched, perhaps by adding new LOx/Kerosene boosters to up its payload.