NASA’s OSIRIS-REx (Origins, Spectral Interpretation, Resource Identification, Security – Regolith EXplorer) space probe successfully descended, matched the asteroid Bennu’s rotational speed and landed on it on 20 October. The manoeuvre was a touch-and-go type given lack of gravity on the 0.575 km diameter asteroid. In the end, the spacecraft was just 0.75 m off target as it landed at 2153 GMT. It had left its parking orbit at 1730 GMT having spent over a year using its cameras and spectrometers to image the asteroid. 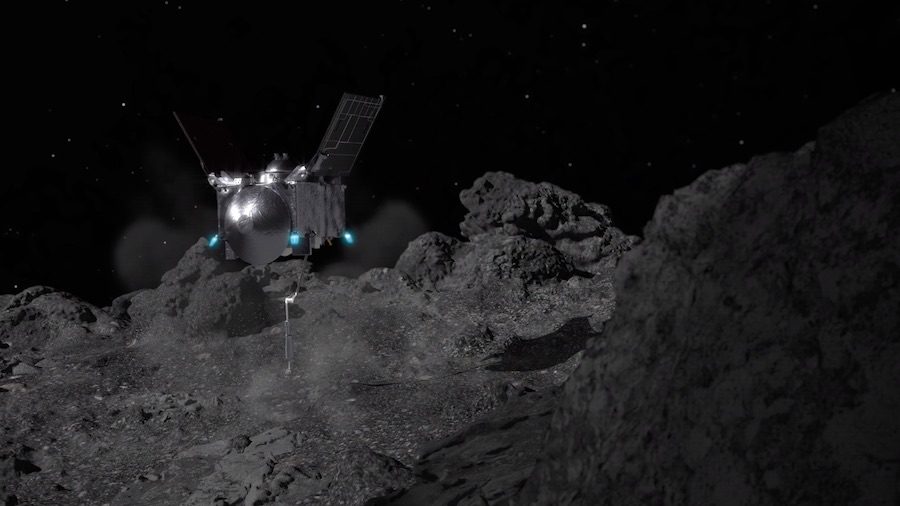 Artist’s impression of the touch down sampling manoeuvre made by OSIRIS-Rex. Courtesy: NASA Goddard/CI Lab

During a brief touchdown, lasting seconds, the OSIRIS-REx spacecraft, originally launched in September 2016, used its Touch-and-Go Sample Acquisition Mechanism (TAGSAM) to collect samples before deploying its thrusters to move away to a safe distance. The TAGSAM system includes an extended robotic arm with a collector vessel, along with a bottle of nitrogen to blow up dust and rocks.

If enough material has been captured (originally planned to be calculated by a spin-up measurement of the spacecraft’s inertia), the spacecraft will head back to Earth with its arrival planned for September 2023. If not, another scoop attempt is planned. The samples will be returned to a desert landing site in Utah by parachute. It is hoped they might reveal something of the early history of the Earth, for example, how water and other chemicals reached it. 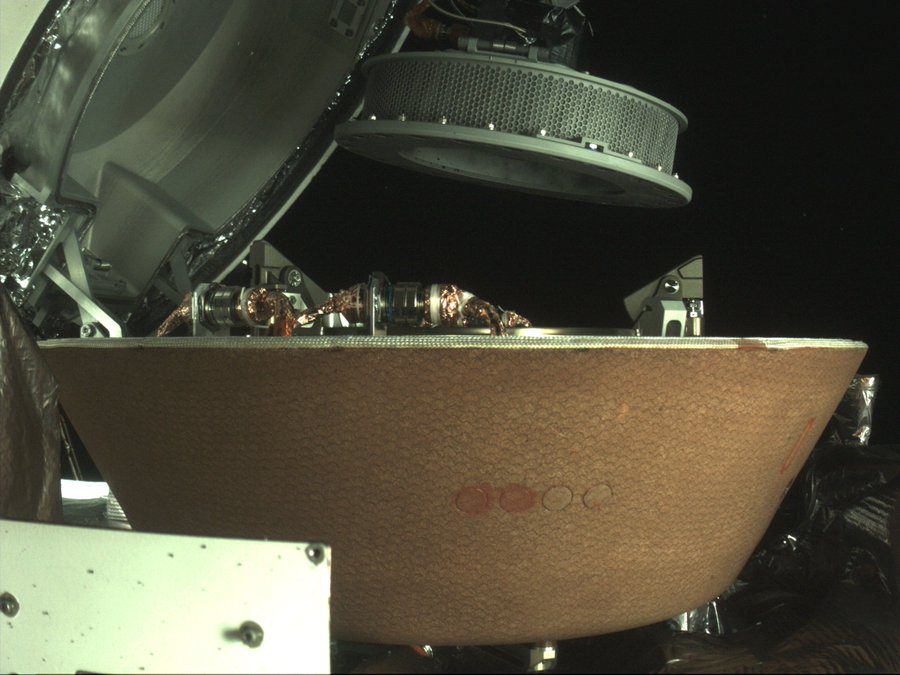