While Brexit might mean no more EU money for British companies (especially space ones), and while Donald Trump might be intent on starting World War III over North Korea, in their parochial manner, British satirists had a bigger fish to fry: the UK Prime Minister, Theresa May. She is suspected by many on the liberal side of politics as being part of an “Evil Empire”, mainly because of her long-term support for state spying. Jesters on the internet were thus quick to make fun of her decision to call a snap general election, especially over the language she chose. 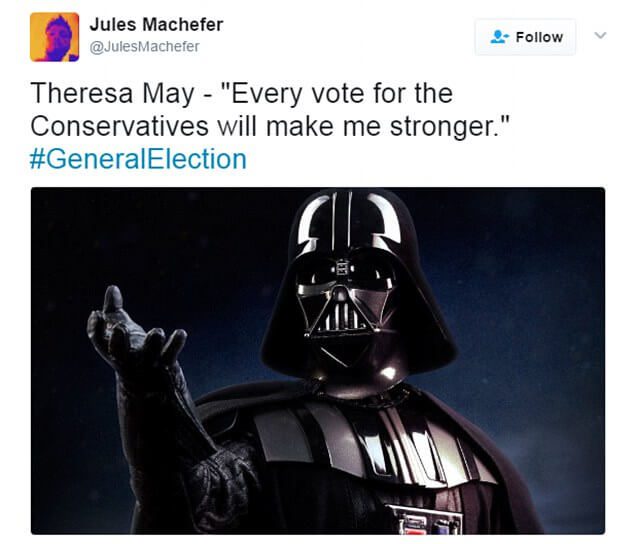 The Prime Minister’s words have a touch of the dark side. Courtesy: Twitter

The governing Conservative Party is not exactly popular given cuts to welfare and public services, and increases in student loans, yet they are still very likely to be returned with an increased majority, especially given the unpopular hard left and pacifist stance of Labour party leader Jeremy Corbyn. They are also helped by the fact that the UK Independence Party lost its raison d’etre after the Brexit referendum went their way, and because the Scottish Nationalists are no longer flavour of the month north of the border.

Ah well, there is always the Liberal Democrats. They are expected to do well. Apart from having a strong appeal to “Remoaners” due to their Pro-EU credentials, “Brexiteer” voters who don’t like the main Conservative (Tory) or Labour parties might think the Lib Dems are now safe to vote for given that the UK is leaving the EU anyway.

Importantly, the Lib Dems are, at least, now remorseful over helping the Tories impose usurious student loans on the “kids”. Thus they may now be forgiven by the voters who chopped so many of their MPs down at the last election.

One thing to note however. While the Lib Dems appear to be mild mannered types at first sight, they secretly have a radical agenda. However, if they do smash things up a bit, they are such nice people that they always offer to pay for the damage afterwards.

For those looking for a cuddlier/furrier alternative to the major party leaders, some have suggested that Larry the Cat – already in occupancy in No 10 – should be the next Prime Minister.

Mind you, the word is that he is easily bribed and will change his policy just for a saucer of milk. And his work rate is not too good either…totally outperformed as a mouser by his competitor at the Foreign Office, Palmerston the Cat. 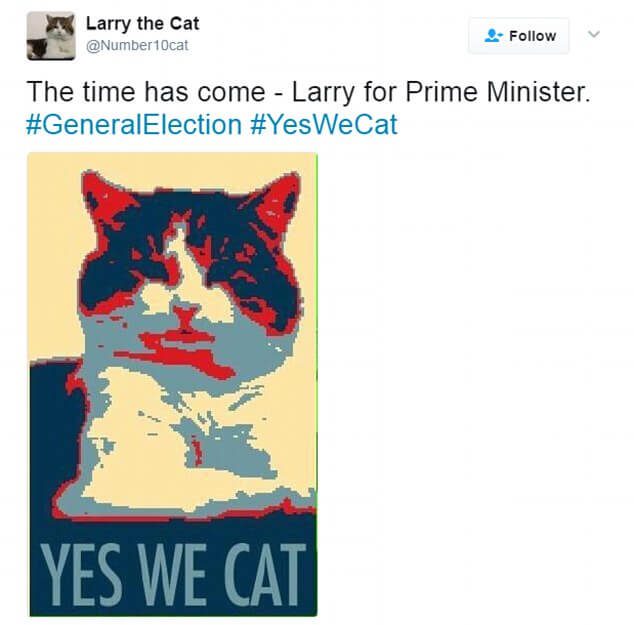 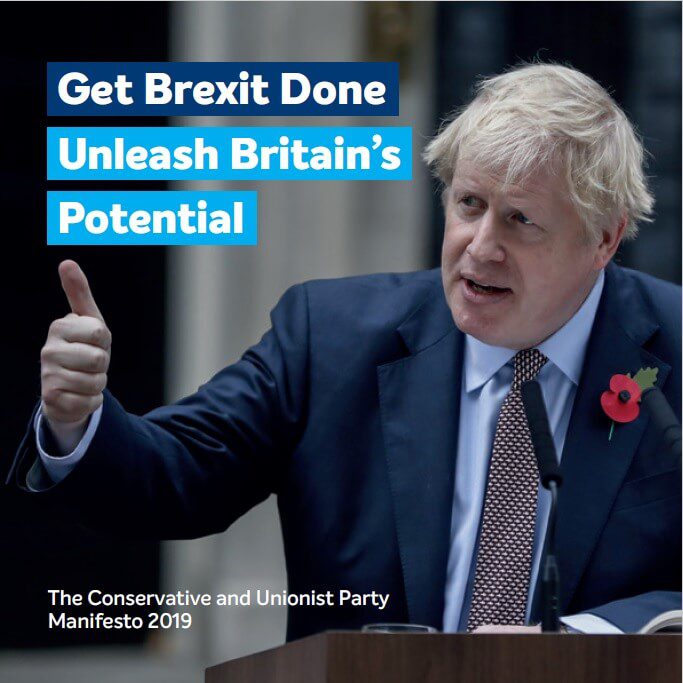