Former NASA astronaut Bruce McCandless II, part of the US space-shuttle missions, passed away in December at the age of 80. He rose to fame on the STS-41B Challenger voyage, in 1984, for becoming a “spacecraft” in his own right by testing the Manned Manoeuvring Unit (MMU) while not being attached to the orbiter.

An electrical engineering graduate and US Navy Captain, Bruce McCandless originally joined NASA in the 1966 group that featured many of the Apollo programme astronauts. He had a long wait to get into space. As a trained astronaut, he communicated with Apollo 11’s Neil Armstrong and Buzz Aldrin as the “Capcom” communicator in Houston during their first moon walk. McCandless missed out on spaceflight during the Apollo and Skylab era – though he was back-up pilot for the first Skylab crew. His first mission was his famous flight outside of the Space Shuttle Challenger in 1984 during the STS-41B mission, which gained him the international number orbiting object designator 1984-011M1.  During his unattached spacewalk, McCandless famously announced: “It may have been a small step for Neil, but it’s a heck of a big leap for me.”

Bruce McCandless later flew on the Space Shuttle Discovery mission STS-31, which deployed the Hubble Space Telescope in 1990. In between he also obtained an MBA in 1987.

We salute Captain McCandless and give our sympathy to his family and friends. 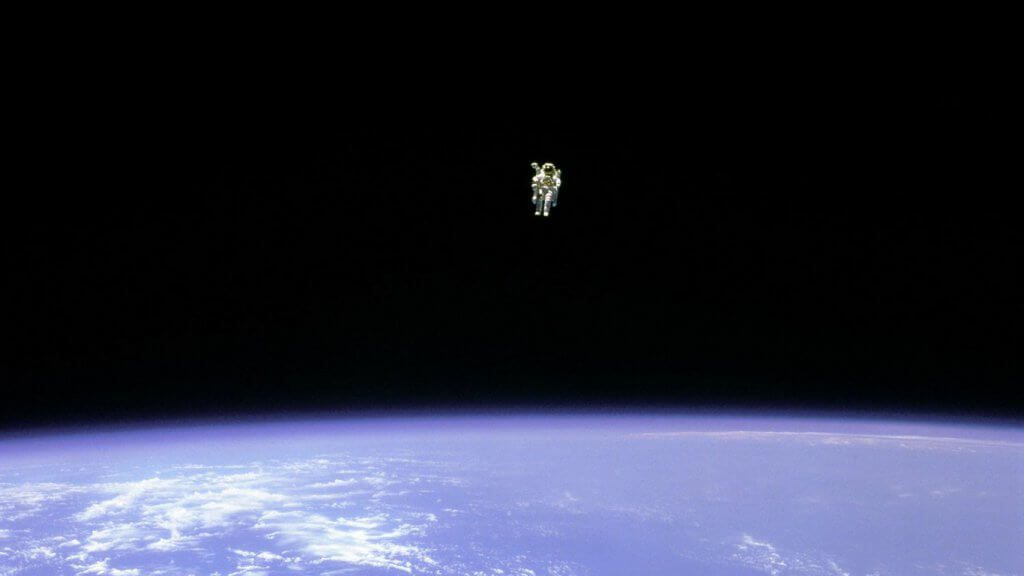 Bruce McCandless II on one of his untethered EVA “spacecraft” flights. Courtesy: NASA