LEO constellation contender OneWeb passed the satellite deployment, halfway mark with another 36-unit launch from Vostochny Cosmodrome, Russia. The mission took place at 0940 GMT on 14 October and lasted for 3 hours 52 minutes. The Soyuz 2-1B rocket utilised a Fregat-M upper-stage to deploy the satellites in nine batches during this time. OneWeb now has 358 units in orbit, out a planned 648 strong fleet.

Like the preceding missions the OneWeb satellites were deployed into an approximately 450 km circular orbit, inclined at 84.7 degrees. The satellites will now propel themselves into their intended operational orbit up at 1,200 km over the coming months. 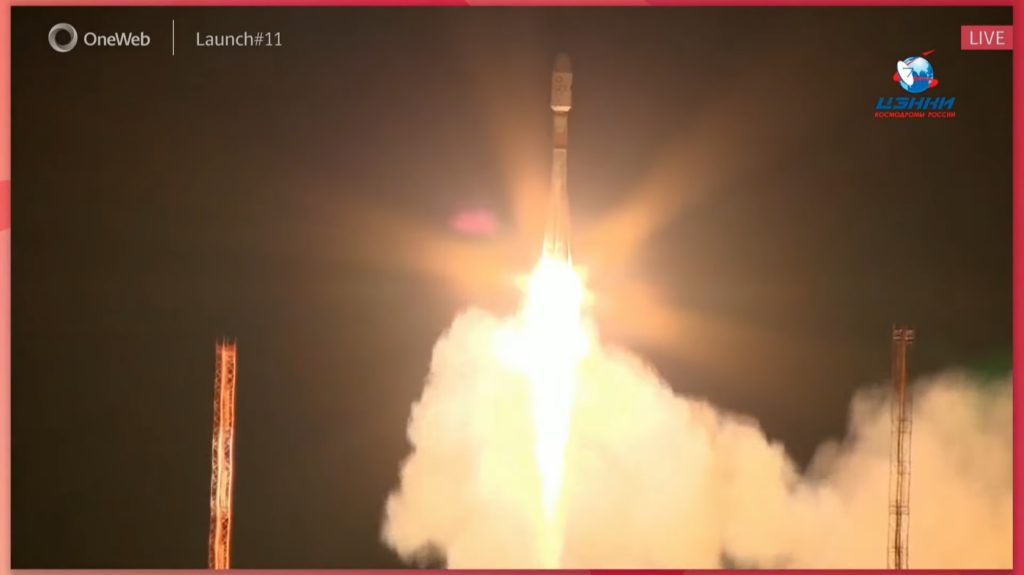 The Soyuz 2-1B rocket lifts-off carrying the 36 satellites into LEO. Courtesy of OneWeb via YouTube