The Indian launch vehicle PSLV has made another successful launch from the Satish Dhawan Launch Centre, Sriharikota, India, at 0427 GMT on 29 November 2018. 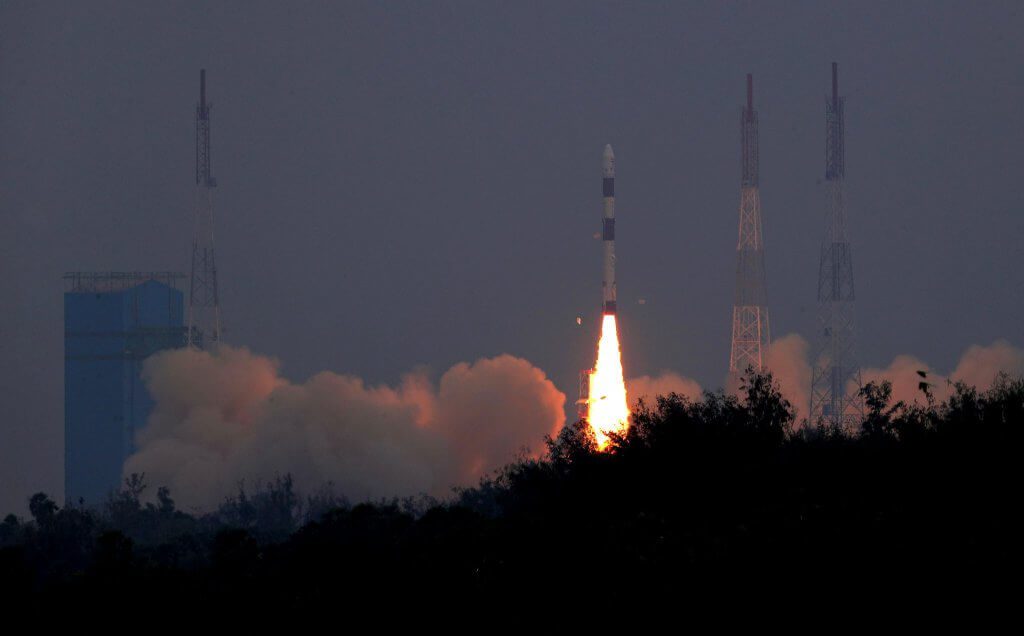 The rocket’s main payload was HYSIS (Hyper-Spectral Imaging Satellite) for ISRO.  There were 30 other spacecraft on board the flight to a sun-synchronous low Earth orbit:

A total of 16 Flock 3R Earth imaging cubesats were carried for Planet.

3Cat-1 is a technology verification 1U cubesat for the Politechnic University of Catalonia.

Centauri 1 is a 3U Internet of Things (IoT) cubesat for Fleet Space Technologies of Australia.

Cicero-8 is a 6U test weather satellite for GeoOptics, built by Tyvak.

FACSAT is a remote sensing 3U cubesat built built by Gomspace for the EMAVI aviation school of the Columbian Air Force.

HSAT is a 6U cubesat  to test a deployable antenna for Harris Corp.

Hiber 1, carried for Hiberglobal, is a data forwarding comsat for M2M/Internet of Things (IoT) applications

Kepler Case is a test satellite for Kepler LEO Constellation.

Reaktor Hello World is a 2U cubesat with an amateur radio payload from Reaktor Space Lab of Helsinki. It will also test an Infra-red imaging hyperspectral system.

Four ship-tracking and atmospheric research satellites were released on behalf of Spire Global: Lemur 2-Orzulak, Lemur 2-Vladimir, Lemur 2-Kobyszcze and Lemur 2-Duly were carried. The satellites were named after employees at the firm (Correspondent’s comment: Will a Lemur satellite have to be renamed if an employee is fired?).

The release of 50 kg Earth observation satellite Blacksky Global-1 at 0620 GMT completed the deployments. (All times from Jonathan McDowell).