The SpaceX Dragon CRS-13 cargo mission for NASA has now come to a successful end with its splashdown and recovery in the Pacific. The spacecraft, which was launched on 15 December 2017, was this time carrying 1850 kg of cargo for the downward leg. It was “unberthed” from the International Space Station (ISS) Harmony module using the station’s robot arm on 12 January 2018. 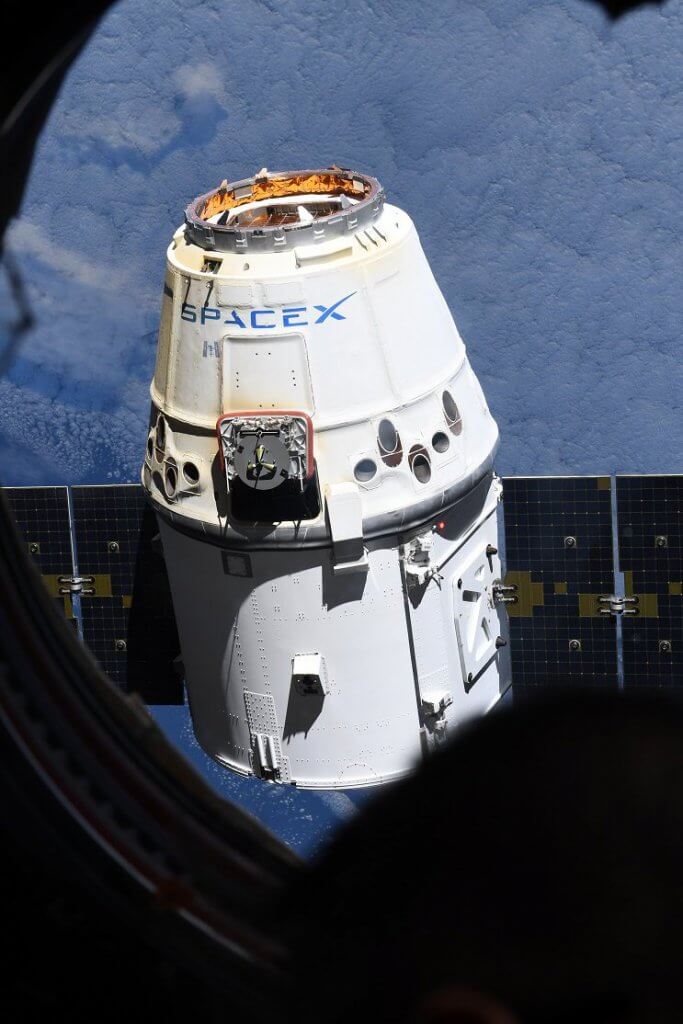 Dragon CRS-13 slips away from the ISS. Courtesy: NASA/JAXA

Dragon CRS-13 was fully released from robot arm at 0958 GMT on 13 January 2018 ready for its re-entry and splashdown later that day. Unusually the release was commanded from the robot arm’s Canadian control room on ground rather than from ISS itself.

Dragon CRS-13 capsule splashed down in the Pacific Ocean at 1537 GMT following its re-entry into the Earth’s atmosphere. It was later recovered by ship. The capsule was actually being reused after having done a similar cargo mission previously on Dragon CRS-06 in 2015 and may yet fly again.