SEOSat/Ingenio is a high-resolution optical imaging mission for Space. It will be launched along with the French CNES space agency’s TARANIS satellite aboard a Vega launch vehicle in the first semester of 2020 from the Guiana Space Center, Europe’s Spaceport in French Guiana (South America). 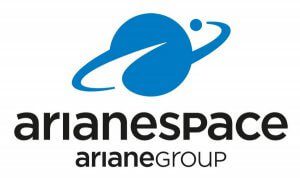 The satellite will have a mass at liftoff of approximately 840 kg and will be placed in Sun-synchronous orbit at an altitude of about 670 km.

The SEOSat/Ingenio mission is devoted to providing high resolution multispectral land optical images to different Spanish civil, institutional and government users, and potentially to other European users in the framework of the European Copernicus program and GEOSS (Global Earth Observation System of Systems).

CDTI is funding the mission and has responsibility for programmatic aspects of the program. The project development managed by ESA as support to a national mission in the context of the European Earth Observation Architecture and they arranged the launch.

The SEOSat/Ingenio spacecraft is the first built by an industrial consortium of the Spanish space sector companies led by Airbus Defense and Space/Spain.