A Russian Soyuz 2-1B launch vehicle lifted off from Site 43, Plesetsk Cosmodrome, Russia, at 0002 GMT, 22 September, carrying the GLONASS-M 52 spacecraft for Russia’s indigenous GPS system – GLONASS. The Soyuz rocket made use of the Fregat-M upper stage to deliver the spacecraft to a 19,000 km operational orbit in MEO (Medium Earth Orbit).

The launch is the third launch from Plesetsk this year. The GLONASS-M spacecraft are being phased out by the advent of the improved GLONASS-K series. It is reported that there are currently six more GLONASS-M spacecraft stored on the ground by manufacturer ISS Reshetnev, however, its not known how many more of these now “out-dated” navigation satellites will be built. 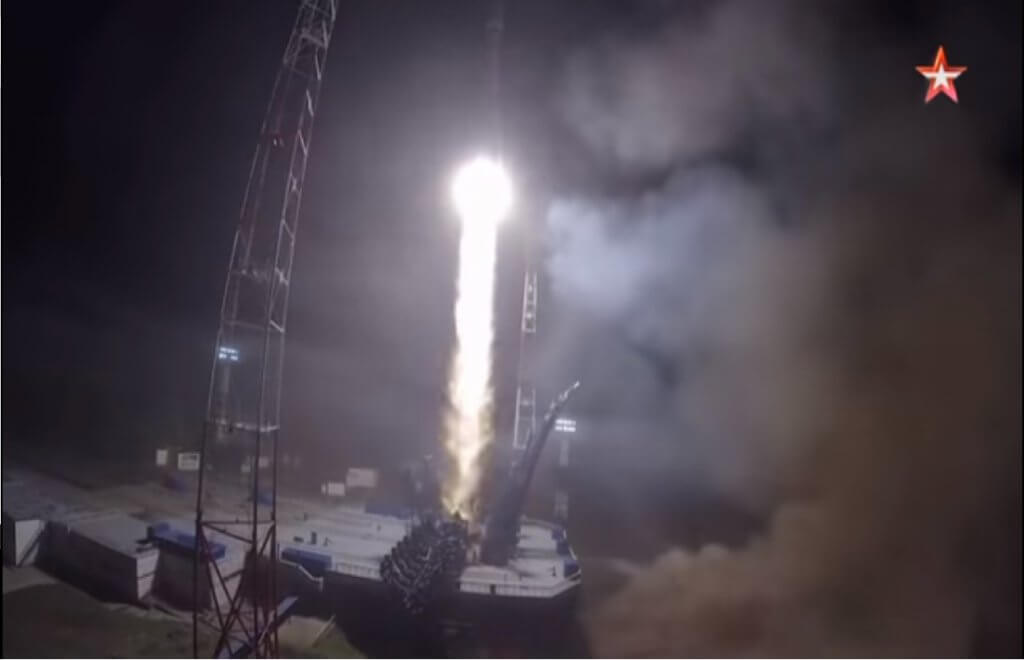 A Soyuz 2-1B lifts-off from Plesetsk, Russia, carrying a GLONASS-M satellite. Courtesy of Roscosmos