Soyuz MS-08 leaves ISS and lands with crew of three

Following undocking from the ISS at 0757 GMT, 4 October 2018, the Soyuz MS-08 craft, carrying Cosmonaut Oleg Artemyev and NASA Astronauts Drew Feustel and Ricky Arnold, began its circa two and a half hour de-orbit procedure, followed by a final de-orbit burn at 1051 GMT. The Descent Module of the Soyuz craft touched down in Kazakhstan at 1145 GMT bring to an end an 197-day mission to the ISS. 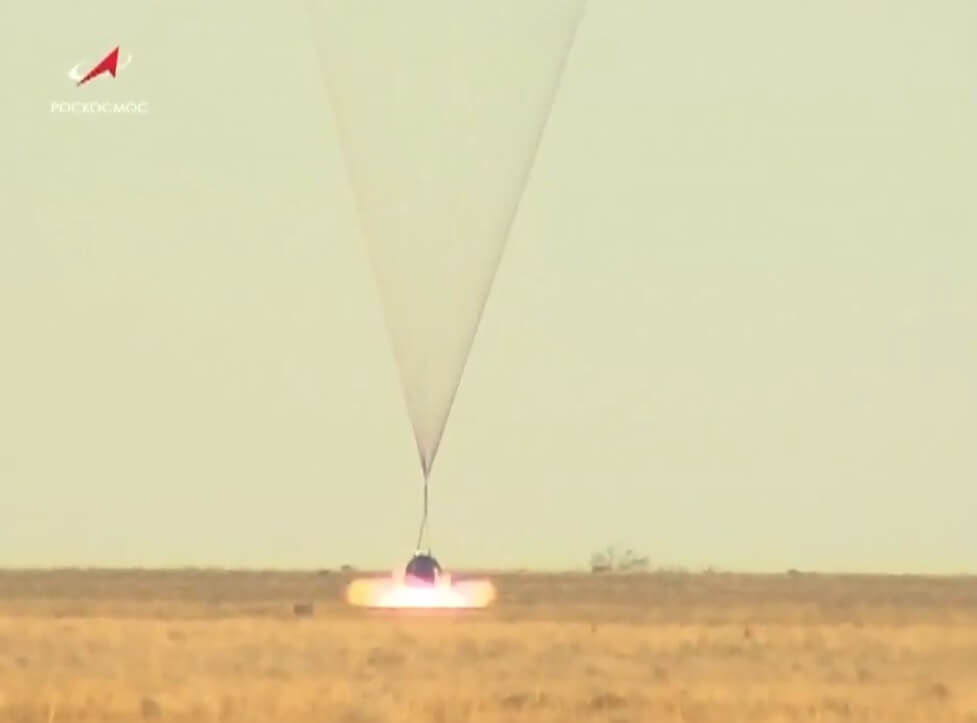 The Soyuz MS-08 Descent Module firing its retrorockets seconds before touchdown in Kazakhstan. Courtesy of Roscosmos

The departure of these three personnel from the ISS, marks the beginning of Expedition 57 for the remaining three crew on-board. this Expedition will be slightly different form its predecessor as the Soyuz MS-10 mission planned for 11 October, will only be carrying two new members to replenish the crew. This is due to a decision by Roscosmos to reduce their personnel commitments to the ISS whilst they focus on the much delayed Nauka module.