At 0619 GMT on 4 February, SpaceX launched another 60 Starlink satellites into LEO. The mission saw a Falcon 9 vehicle lift-off from Cape Canaveral, Florida. The mission successfully deployed its 60 STARLINK payload approx 1 hour 6 minutes after lift-off. The first-stage achieved a downrange landing on drone ship Of Course I Still Love You at T+ 8 minutes 38 seconds. It was the fifth-time for this particular first-stage known as B1060. SpaceX had not planned to try and catch the fairings on this launch, instead they were recovered by fishing them out of the Atlantic Ocean. 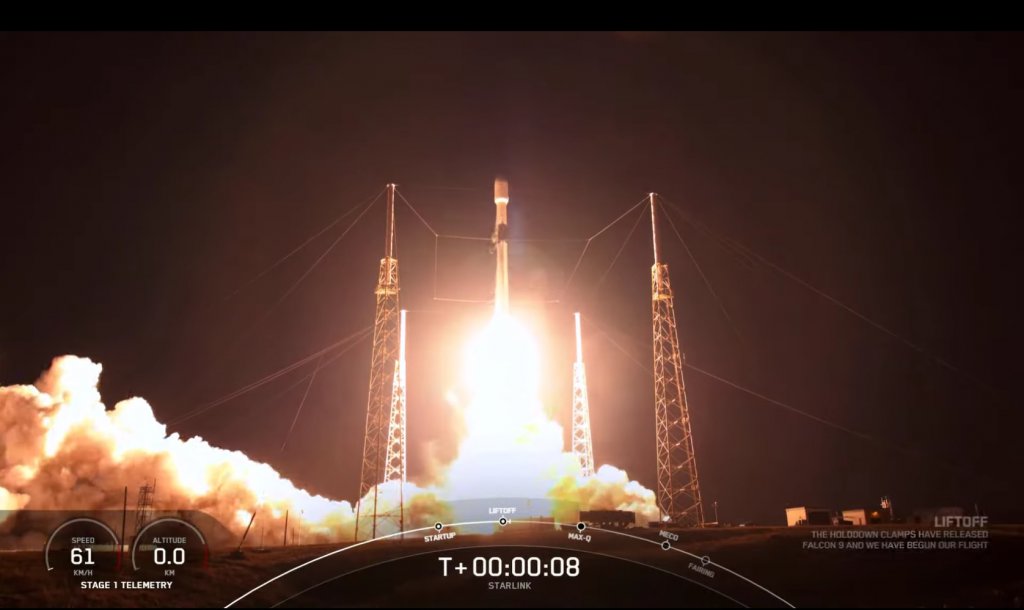 The Falcon 9 rocket lifts-off from Cape Canaveral carrying the 60 Starlink satellites into orbit. Courtesy of SpaceX

In an unusual turn, this launch has actually occurred out of sequence. This mission was planned as the 18th launch carrying “v1.0” satellites with the 17th to occur in late-January. However, this launch was delayed due to poor weather in the Atlantic affecting reusable stage recovery operations plus delays for additional checks on the rocket.

The 17th mission was finally expected for a launch on 5 February, but in the event this was further delayed until 16th February mainly due to more checks being required on the rocket.