The sixth Transporter rideshare mission (Transporter-6) carrying 114 satellites on a Falcon 9 rocket took place at 1456 GMT from Cape Canaveral, Florida, on 3 January 2023.  A SpaceX Falcon 9v1.2FT Block 5 for the launch which marked the first orbital attempt of the year. The launch took a south-westerly passage threading itself though the Bahamas and the Florida coast towards a slightly retrograde near polar sun-synchronous low Earth orbit at 525 km altitude and 97.6 degrees inclination.  The reusable first stage B1060, on its 15th flight, returned back to the Florida coast to land back on Earth at the  Landing Zone-1 (LZ-1) at Cape Canaveral. 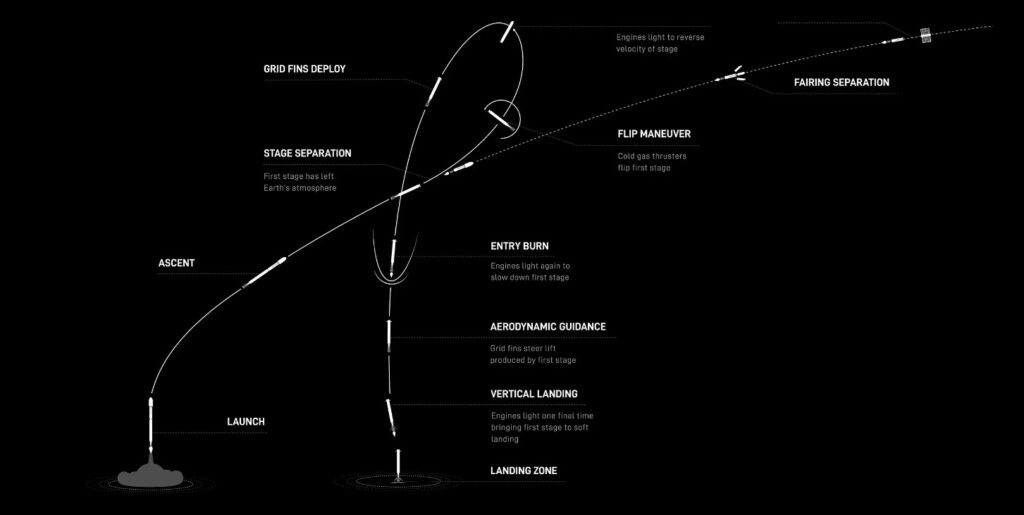 The satellites were either deployed by specialist deployers on the launch vehicle upper stage operated by Spaceflight and SpaceBD.  Others were on space delivery tug spacecraft which promise to deliver them directly to an exact location.  For example, D-Orbit’s ION spacecraft pair will be doing this, as will the Momentus Vigoride-5 and the Launcher Inc Orbiter spacecraft.  A full listing of the satellites carried is on the Seradata SpaceTrak database. A precise listing of the satellites carried is available at NASASpaceflight.com.