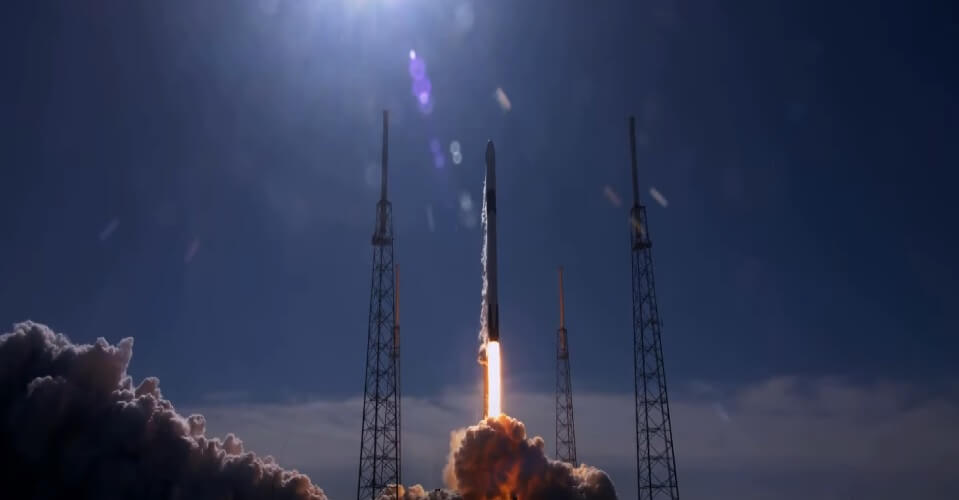 Launching from Cape Canaveral, Florida, at 1729 GMT, 5 December 2019, a Falcon 9 rocket has carried the Dragon CRS-19 (CRS1-19) mission to the ISS. This mission was part of the Commercial ReSupply 1 (CRS1) contract between SpaceX and NASA. The Dragon capsule was carrying 2,617kg of cargo and supplies to the International Space Station (ISS). Alongside the supplies and experiments for the astronauts, the capsule was also transporting several CubeSats on a a Nanoracks Bishop Airlock Dispenser which will use the Bishop airlock which is being built in conjunction with Boeing and which will be attached to the ISS in 2020 afdter being carried there on Dragon CRS 21. Notably this is the third flight of this Dragon capsule “C104” – having previously flown on the CRS1-04 and CRS1-11 missions.

Whilst the capsule on this mission was on its third flight, it was the first flight of the first-stage of this Falcon 9. This booster – known as B1059 – completed a propulsive landing on the drone ship Of Course I Still Love You in the Atlantic Ocean nearly eight minutes after launch.

Note that subsequent to the release of the Dragon CRS-19, the Falcon 9 upper stage made a long duration coast instead of performing a short deorbit burn before reigniting its Merlin engine for 20 second disposal burn which resulted in an orbital plane change to a higher inclination orbit. The coasting test was to prove that it could stand up to a thermal soaking during a long coast which will be required for direct to geosynchronous orbit missions flown for US Air Force.

The next planned mission for SpaceX is expected in mid-December, launching the JCSAT 18/Kacific 1 comms satellite. The next Dragon CRS mission is expected in March 2020.

Update on 9 December 2019: After a three day approach to the ISS, Dragon CRS-19 along with its carried CubeSat spacecraft Ciris, Cryocube 1, Edgecube and SORTIE on a Nanoracks Bishop airlock satellite dispenser was captured by the Canadarm-2 at 1005 GMT on 8 December 2019 and berthed on the Harmony module at 1247 GMT on same day.  The CubeSats will be released from the ISS in 2020. 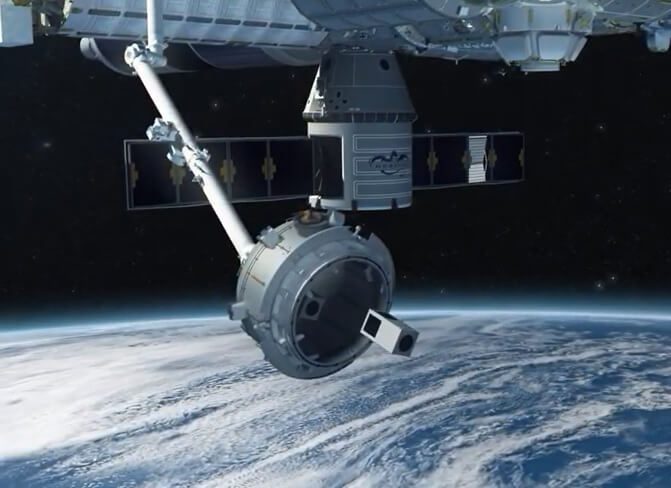