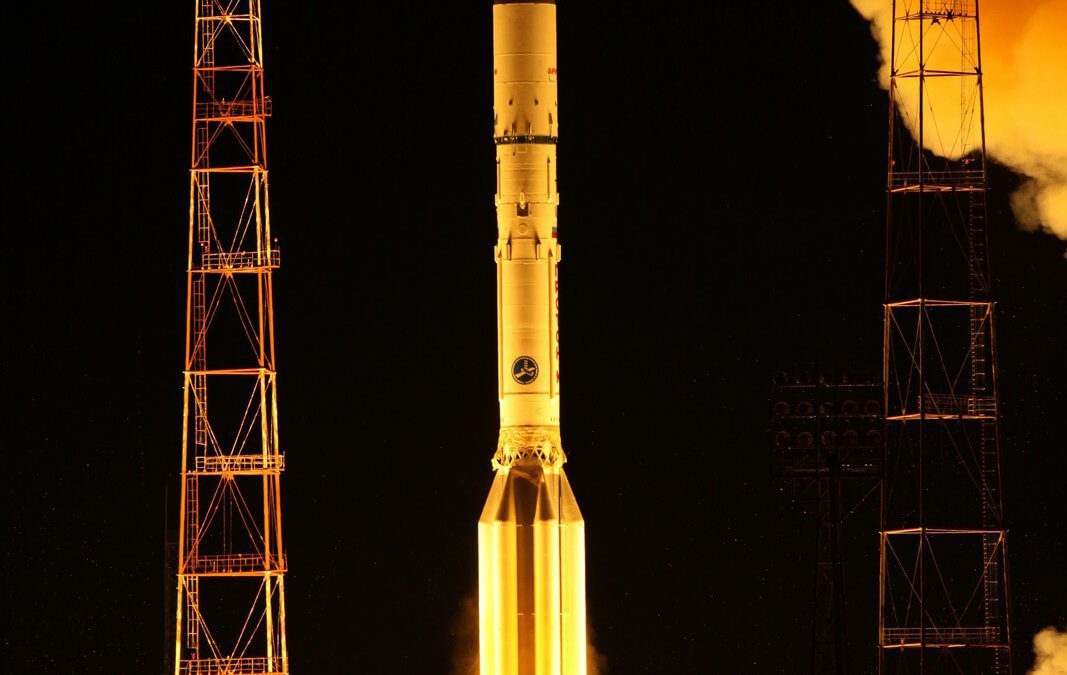 At 2207 GMT, 16 August, a Russian Proton-M heavy-lift rocket lifted off from Site 81 (Pad 24), Baikonur Cosmodrome, Kazakhstan carrying the BLAGOVEST 1 (KOSMOS-2520) military/commercial communications satellite. The mission marks the 100th launch of the Proton-M variant (414th total Proton rocket launch). The spacecraft was reportedly dropped off by the Briz-M upper stage into a Geostationary Transfer Orbit (GTO), requiring the spacecraft to use its on-board propulsion to complete its entry into the GEO belt. 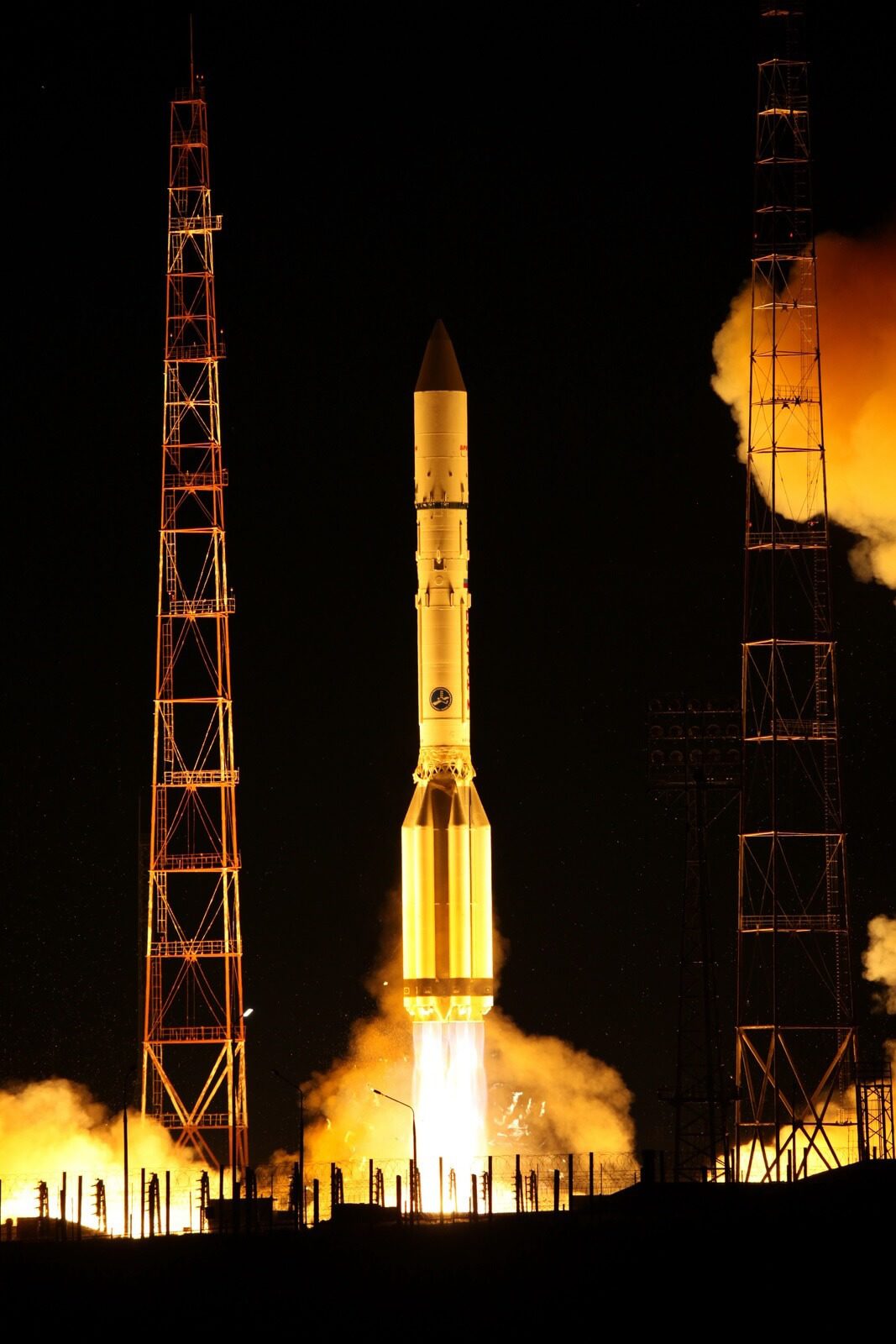 Due to the semi-military nature of the spacecraft’s mission little information has been released about it however, it is known that it is built by major Russian-manufacturer ISS Reshetnev on their Ekspress-2000 satellite platform. The satellite will provide C-/Ka-band capacity. European-manufacturer Thales Alenia Space was involved in the project supplying components of the communications payload.