The “winner” in terms of number of launches as a nation was China with 56 launch attempts (including one fractional orbital hypersonic glider flight) – a new record for China as it surpassed last year’s 39, USA came second with 45 orbital launches, Russia came third with 24 launches, France/French Guiana came fourth with seven, just beating New Zealand’s six. After these Japan had three, and, India with a surprisingly low two, the same as Iran. At the tail of the list was South Korea with a single launch attempt. 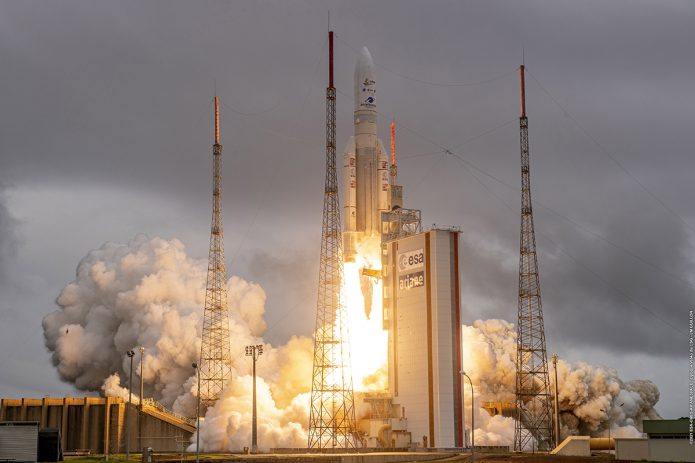 With respect to the number of spacecraft actually launched, this was again a significant record broken with 1851 spacecraft launch – about 44 per cent more than the previous year.  The nation launching the most satellites was, by a long stretch, USA which launched 1319 satellites – manly due to the efforts of SpaceX’s Starlink constellation.  Second was Russia with 338 satellites – a figure held up by its Soyuz launches of the OneWeb constellation.   As to which nation actually owned these launched spacecraft, well again, it was USA with 1257 – again mainly due to the Starlink constellation. The United Kingdom took second place with 289 mainly via ihe ownership registation of the OneWeb constellation. The most valuable spacecraft carried into space was, by a long way, the James Webb Space Telescope, whose estimated total mission cost is US$11 billion.

Of the 146 orbital launch attempts, Seradata’s SpaceTrak launch and satellite database has recorded 13 launch failures, although some of these were minor partial failures or involved damage to the spacecraft.  The “raw” failure rate was pretty much average of just under nine per cent, and less than eight if the severity of these partial failures is included in the calculation.

Of the failures, the first launch failure of the year was in February when a  Hyperbola 1/SQX-1 Upgraded carrying a dummy payload with the “book of Heaven” artwork on the fourth stage went out of control went out of control during first stage burn after falling foam insulation broke a steering grid fin.  The next up, also in February, really was a minor one when a Progress MS-16 freighter got an antenna damaged during its Soyuz 2-1a’s fairing separation. In May an Electron launch failure was caused by an engine computer detecting an issue shortly after stage 2 engine ignition, causing the computer to command a shutdown. A pair of Blacksky satellites were lost.

There was a Simorgh rocket failure during an Iranian satellite launch attempt on 12 June. The exact identity of the spacecraft carried is not known but it may be a successor to the previously lost Tolou satellite. The  exact cause and stage of failure not known.

The Jilin Mofang 01 imaging satellite was lost in August when the Hyperbola 1/SQX-1 rocket was too heavy to reach orbit after its fairing failed to separate. Also in August, a GSLV 2 (CUSP 1) upper stage ignition failure lost the EOS-03 (GISAT-1) imaging satellite for India.  Late August witnessed most bizarre launch failure of the year with a ditthering and ultimately failed launch of an Astra Rocket 3.3 caused by external launch explosion knocking out one its first stage engines. An instrumented dummy payload for the US Space Force dubbed STP-27AD1 was lost.

Maiden rocket flights have a traditionally high failure rates. And so it proved to be with the maiden flight of the Firefly Alpha on 3 September. Eleven small experimental satellites including a pair of Fossasats were lost due to one of four first stage engines being shut down and a subsequent loss of control. The range safety staff exploded the rocket in flight. 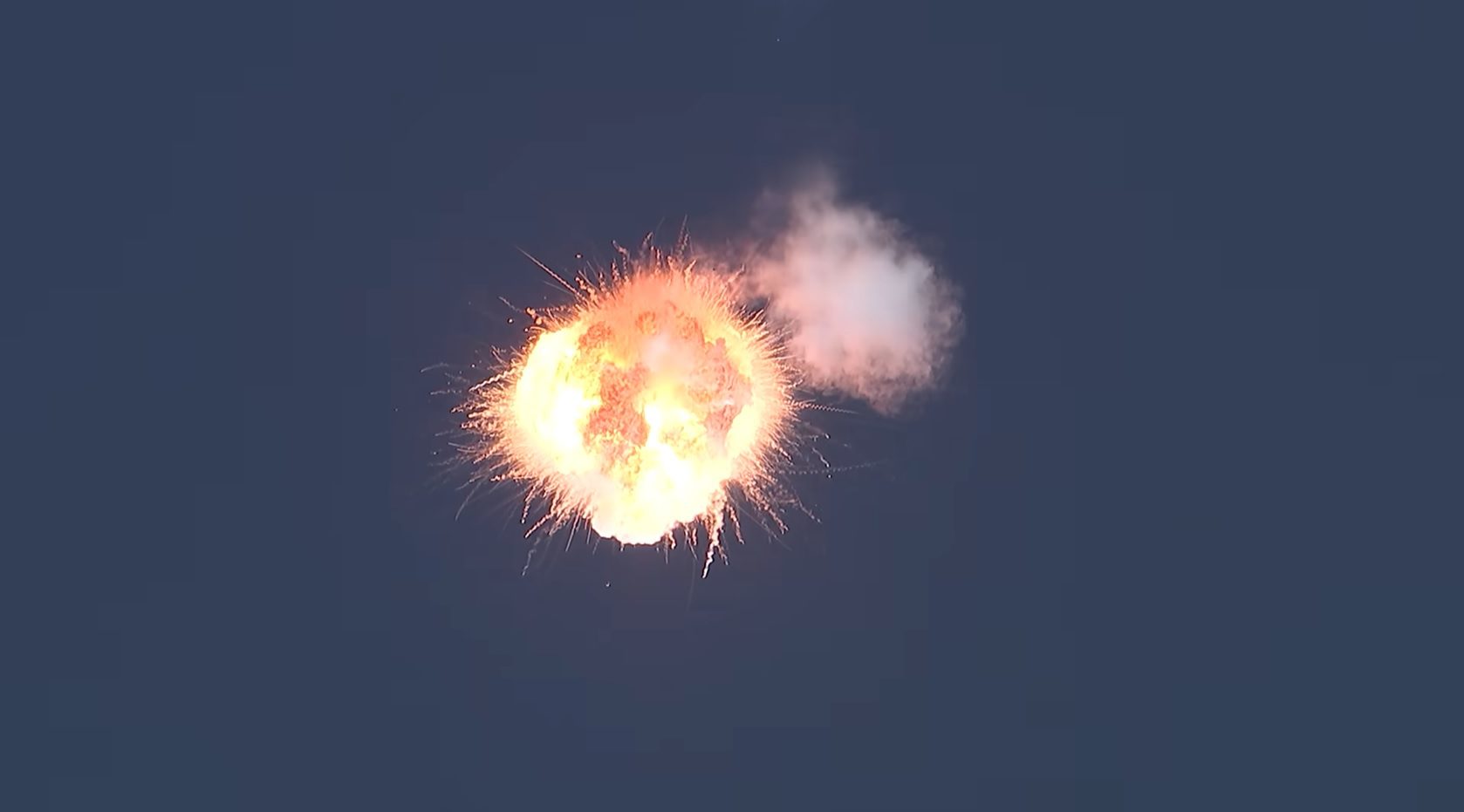 The Firefly Alpha rocket exploding during its maiden launch. Courtesy of Firefly Aerospace via YouTube

In October, South Korea lost its own maiden launch when a KSLV II (Nuri) rocket failed losing a dummy satellite. The failure was caused by a propellant leak due to damage to pipework caused by helium tanks coming free inside the first stage oxygen tank.  There was then a short break from launch failures until December when four appeared to come at once.  First up was the Proton M rocket’s premature Briz-M upper stage shutdown which left a pair of Express AMU communications satellites in the wrong transfer orbit. Nevertheless, the satellites are expected to make a slow recovery to their planned geostationary operational orbit.  While this can be classed as a partial failure – or even a success given that no design life is expected to be lost – much more clear cut was the launch failure of Kuaizhou 1 (KZ-1) which failed to achieve orbit after an apparent underperformance of the rocket’s third stage.

Most embarrassing for Russia was the 27 December failure of the Persei upper stage of its new Angara A5 rocket. This third test flight left a dummy satellite in what would have been a useless parking orbit had it been a live satellite. Late as it was, this was not the last failure of the year. An Iranian Simorgh launch on 30 December apparently failed to put its three payloads in orbit again. A third stage failure is suspected.

Including suborbital launches, whether they breached the 100 km Karman line or not, there were 13 human carrying flights during the year carrying 49 space travellers (astronaut crew and space tourists/participants).  All were successful.

The space industry looks forward to some key launches in 2022. On the international space exploration front, NASA’s Artemis human lunar exploration programme is counting on a successful flight of the much delayed Space Shuttle technology-derived SLS heavy lift rocket. Now effectively, also key to that programme, plus for its own commercial use, the maiden flight of SpaceX’s massive Starship/SuperHeavy combination is planned.  Other significant maiden flights include Japan’s H-3 and Europe’s Ariane 6.