Peter B. de Selding (spaceintelreport.com) has revealed that after initially wanting three units in November 2020, Intelsat has had to place an order for two satellites from Airbus DS. This renegotiated order was placed on 31 December after its Creditors would not authorise the first contract. The satellites will be based on Airbus’ new software-defined OneSat platform.

This order is tied to the decision to purchase Gogo’s commercial aviation connectivity business made in August. To effectively sustain and grow the in-flight connectivity business, and to meet future demands of the mobility sector. Intelsat requires more dynamic capacity.

Part of the terms of the new contract stipulate first payment on 8 January 2021. This required Intelsat to set-up a meeting of its Creditors on 7 January to approve the funds needed.

The value of the contract has been declared confidential by the participants. Furthermore there has been no clear declaration on launch time and method. However, it is likely that these new satellites will be positioned to provide coverage over the airline routes between Europe and the Americas.

For more information on this story go to www.spaceintelreport.com 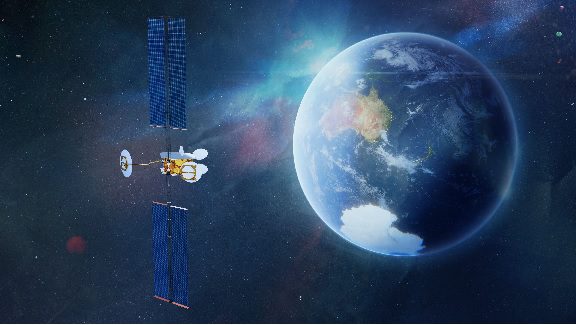 SpaceX is looking ahead of the Coronavirus outbreak as it lands yet another launch contract. The global communications satellite operator Read more