The mid-term congressional elections in November were both good and bad news for US President Donald Trump, as he both won and lost in the two houses of Congress. With the beneficial backdrop of a rapidly growing economy, a campaigning Donald Trump helped win back two Senate seats for the Republican Party, adding to its majority. This bodes well for Trump’s re-election attempt in 2020 given that the electoral college system will play to his favour.

However, according to US political analysts, a backlash against Trump by women voters – especially middle-class university-educated women who were said to be unhappy at his behaviour – helped the House of Representatives to fall back into Democrat hands. This change of control is important as it means that the Democrats now control not only investigations into Trump’s previous electoral campaign and his personal affairs, which could theoretically lead to his impeachment, but also the US government’s overall budget allocations including that going to NASA.

So, what will this mean for space? While NASA’s budget and plans are largely uncontroversial and have cross-party and public support (although some wish for a much faster human lunar surface return than is currently envisaged), one space measure taken by Donald Trump is likely to be at least partially reversed: his cutting of some of NASA’s unmanned missions aimed at proving climate change’s relationship to greenhouse gas emissions.

While President Trump now accepts that global warming/climate change is happening, he has made it clear that he still does not believe that carbon dioxide produced by human activities is in any way a cause. As such, one of his first actions as President was to try and cancel most of NASA’s missions to observe the Earth’s environment and to monitor carbon generation on Earth.

The cut missions included the Plankton, Aerosol, Cloud, ocean Ecosystem (PACE) satellite, the Climate Absolute Radiance and Refractivity Observatory (CLARREO) Pathfinder, and the Radiation Budget Instrument (RBI) on the NASA/NOAA Joint Polar Satellite System 2, which is due to be launched in 2021.

Even before the change of control, the House of Representatives had managed to fend off the Trump administration’s attempts to cancel the most important of the Earth science missions via a cut to NASA’s earth science budget. These “saved” missions included the integrated satellite and aircraft-based Carbon Monitoring System (CMS), and the Orbiting Carbon Observatory 3 (OCO-3). Now that more environmental space missions are likely to be reinstated, extra money will have to be found for NASA. 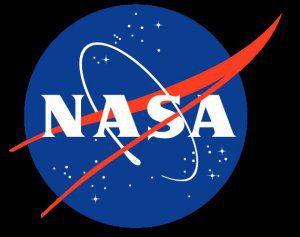 Other space policy decisions taken now coming under scrutiny include the administration’s decision to transfer the responsibility for space traffic management from the US Department of Defense to the US Department of Commerce, rather than the US Department of Transport/Federal Aviation Administration (FAA). Also controversial is the plan to form a “US Space Force”. Critics of the latter point out that it would be cheaper and better just to change the name of the US Air Force, which currently has responsibility for space defence, to the US Aerospace Force. This suggested title change would be especially relevant now that the demarcation line between what is flying in the “air” and what is in “space” has become blurred by high-flying hypersonic cruise missiles that skip across the atmosphere.

Comment by David Todd: You know you are in trouble when you find yourself wistfully reminiscing about what a wonderfully wise President George W. Bush was. When Donald Trump took office, this column advised that he should at least be given a chance to prove himself. After two years he has had that chance and, as the mid-term elections have shown, he may have blown it.

For while Trump has won admirers for his decisiveness (relative to his often-dithering predecessor President Obama) and for his feisty electoral campaigning, there is evidence here that his popularity is falling – especially amongst women voters. Nevertheless, the limit on his power imposed by the loss of the House of Representatives may actually work in his favour. For example, it may stop some of his more ill-advised policies – the Mexican wall comes to mind, as does the cancellation of NASA’s environmental missions, or his ending of the nuclear deal with Iran – and this could make him more re-electable in 2020.  As it is, Donald Trump has to learn that decisiveness is only a good thing if the decisions are right.