Analysis: Not quite a conversion of Saul but David Willetts changes his mind about tuition fees’ repayment affordability

The former Conservative MP and Minister for Science and Universities, David Willetts (now Lord Willetts), is rightly venerated by the UK Space community for his previous support while in office of the UK space industry. Nevertheless, the man who was once dubbed “Two brains” due to his apparent intelligence, now has a reputation for intellectual hypocrisy – specifically over his decision to increase university tuition fees. This is because he had previously written a well regarded book “The Pinch: How the Baby Boomers Took Their Children’s Future – And Why They Should Give It Back“ which described how the younger generation was being denuded of their wealth by the older generation. And yet, in upping tuition fees from £3,000 per year to £9,000 per year, he, in effect, was doing the same thing.

Lord Willetts by the way, was born in 1956 and is thus a baby boomer. 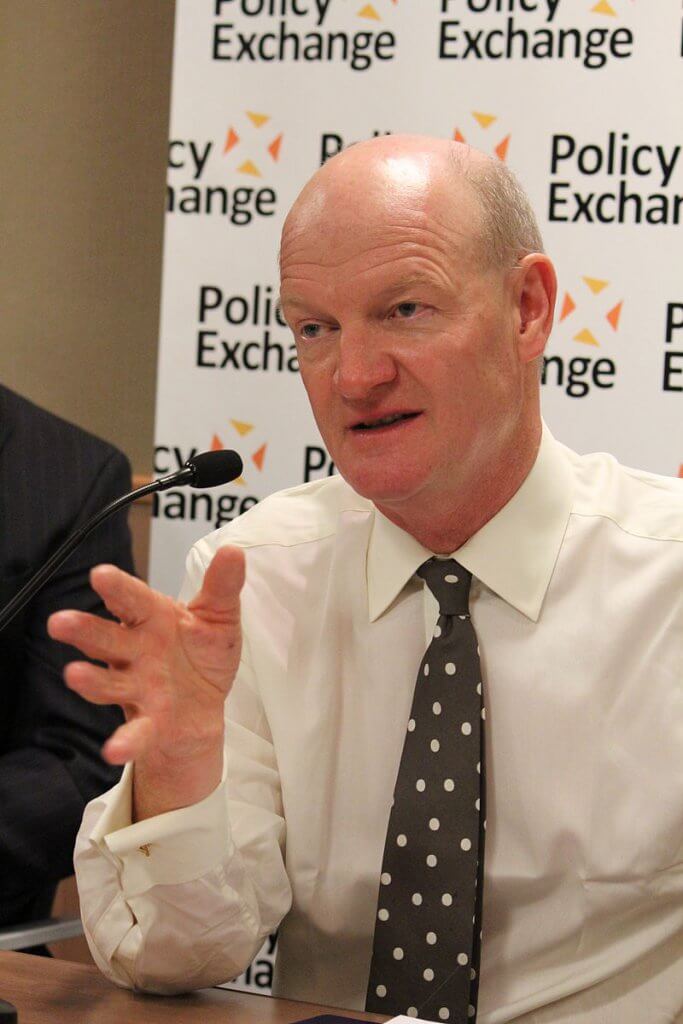 Willetts has previously defended himself (to this correspondent and to others) using an evidence-based approach showing that tuition fees had not had an adverse effect on overall student numbers. These continued to increase, implying that increasing costs had not put students off from funding their time at University.  Nevertheless, Willetts swept under the carpet the fact that the number of older students had crashed, along with considerable concern that students could no longer afford to carry on in academia and that higher degree attainment was being affected. With the game nearly up, there is now strong evidence that school leavers are beginning to eschew an expensive time at University, preferring the “apprenticeship” route to a good job instead.

Willetts now admits that the rise in university tuition fees, and especially the increased expense of having to repay them, might have gone too far. However, his criticisms to date are mainly over the usurious rate of interest being charged for the repayment of student loans taken out to pay for these fees, rather than the tuition fees themselves. This rate, which he in fact authorised, runs at inflation (using the more expensive RPI rate) plus three per cent. With RPI inflation running at four per cent the result is that over 20 years, if this continues under the same terms, the overall debt left with students will more than double. Many will never be able to pay it back. Willetts’ excuse is that he never foresaw that inflation would be so high.

The expected rise in unpaid tuition fee debt may eventually have to fall back onto the government’s own books – with all that means for its long term finances. Meanwhile the rise in personal tuition fee debt could hold up the housing market, and eventually destabilise the rest of the economy. “Two Brains” Willetts’ work is nearly done.

The Daily Telegraph has a particularly interesting example of how student debt has increased here.

Comment by David Todd: While not quite a full conversion of Saul – David Willetts still defends the concept of tuition fees as the fairest way for university education to be paid for – he is at least beginning to see the light. Perhaps his back up brain is beginning to kick in.

As it is, while Lord Willetts does deserve a major portion of the blame for making things worse with his massive increase in tuition fees and very expensive repayment terms, in fact it was actually Tony Blair’s surprisingly right wing Labour administration which introduced tuition fees in the first place. They did this as a way of paying for their foolish over-expansion of higher education, which was brought in under the incorrect reasoning that the USA had better growth because it had more graduates, and because they wanted to move the economy to a more “knowledge-based” one. This expansion of higher education which was mirroring further educational expansion in USA, was also, by the way, a convenient way of reducing politically damaging youth unemployment figures.

This expansionary policy did churn out a lot more UK graduates – over 40 per cent of young people (22-30 age group) in the UK now have a degree…Just in the wrong subjects. For while there remains a dearth of science, mathematics and engineering graduates who can actually drive an economy forward (part of the reason why so many technical graduates were imported from the EU), thousands of surplus British arts graduates are just not wanted by employers. As it is, given that nearly half of the younger population now has a degree, standards inevitably dropped and the quality of graduates actually fell, making them even less attractive to employers, whatever subjects they took.

Thus, having once been promised good, interesting, well paid jobs at the end of their university degrees which would enable graduates to pay off their loans, this grand confidence trick has now been found out. Many graduates either became unemployed after university, or, more likely, found themselves “underemployed” in lower level jobs and in serious debt.

Back in the 1980s, university education – or at least the tuition element of it – used to be free. However, given the limits of state funding there were only a limited number of student places available, hence the competition to get into university was fierce. With just 10 per cent of the workforce becoming graduates, there was still an elitism attached to being one.

There was also a socially unfair bias at the heart of the system. For even though state school-educated students generally did better at university once there, somewhat unfairly it was the rich kids sent to expert-at–passing-exams private schools (these were more affordable then) who thus had a much better chance of getting into university. As such, it was they who would get the best jobs afterwards, perpetuating the continuance of restricting social mobility within the nation.

Nevertheless, whether state or privately educated, at least a student knew that if he or she did eventually a decent university degree, sooner or later they would probably get a good job – even if a recessionary economy might delay this a little – as happened in this writer’s case. However, with university degrees so prevalent nowadays, this near certainty of getting a good job after university is no longer the case.

While it may be argued that the expansion of higher education funded by tuition fees, with the help of a student loan system, has helped poorer students – the ones usually in state schools – to get into university in the first place, this has not necessarily improved their financial and life prospects overall. In fact, in many cases, it has instead landed them with a major debt and no way to pay it back.

So how do we get out of this mess? The past is the past, and while it will be unfair to them, the current generation with student debt will just have to face paying this back – albeit with its usurious interest rates cut. The State simply does not have the money to retrospectively pay for their fees – whatever the Labour opposition leader, Jeremy Corbyn, and his Labour Party colleagues might promise.

Nevertheless, our advice to the current and to future governments, is that for certain subjects such as science, medicine, mathematics and engineering  – the ones that are good for the country – these should have their tuition fully funded, or at least heavily subsidised. There have already been experiments in running postgraduate courses using just such a system part-funded by private industry. The Cranfield University Masters degree course in Astronautics and Space Engineering comes to mind. The result was that UK postgraduate numbers on these courses rose significantly.

The government could and probably should even fund some students on certain arts undergraduate courses as well. For the country does actually need some ancient history and archaeology graduates – but just not too many of them. Say about three per year. 🙂

And for the rest? Well they can still risk paying for a Media Studies degree in the same way as before – but at least they will now be aware of the financial risk in doing so. Alternatively they could ignore university altogether and get an apprenticeship instead which can often be a better way into good employment in the first place.

Post Script: Your correspondent would like, at this point, to declare himself as one of those lucky enough to have benefited from mostly free university tuition. As such, he has tremendous sympathy for the younger generation who now have to pay.

Update on 9 August 2018: It has been confirmed by UCAS, the university admission service, that this year there has been significant fall (4 per cent) in applications for admission onto University undergraduate degree courses. Intelligent young people have finally realised that a pointless degree is not necessarily what is best for them. The game is up for David Willetts and Tony Blair, and their stupid university tuition fee policies.