Having seen the Indian PSLV challenge to its currently held “most reliable” launcher crown fall away after that rocket’s recent fairing separation failure incident, Arianespace remains especially keen to make sure its Ariane 5 launch vehicle maintains its exceptionally long run of launches without failure. That is not to say that there have been no hiccups on the way. On 6 September at 2151 GMT there was one with an Ariane 5 ECA launch aborted on the pad seconds before lift off after the main cryogenic engine had already ignited. The abort stopped the boosters from igniting – a condition which was due to occur seven seconds later and due to their “unstoppable nature” would have meant that the launch attempt would have had to take place. 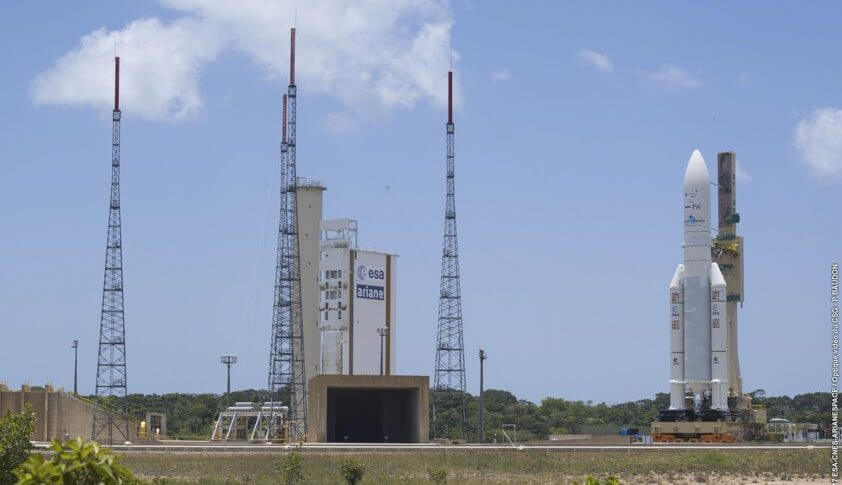 The VA239 flight of the Ariane 5 ECA remains stuck on the pad. Courtesy: Arianespace

The exact cause of the abort is being investigated. A preliminary investigation that the detection of an electrical issue in one of the Solid Rocket Boosters caused the computerised count down and ignition sequence to be stopped. The launch which was to carry the BSAT 4A direct broadcasting satellite and the INTELSAT 37e (Intelsat Epic 4) high throughput communications satellite will now take place in late September.