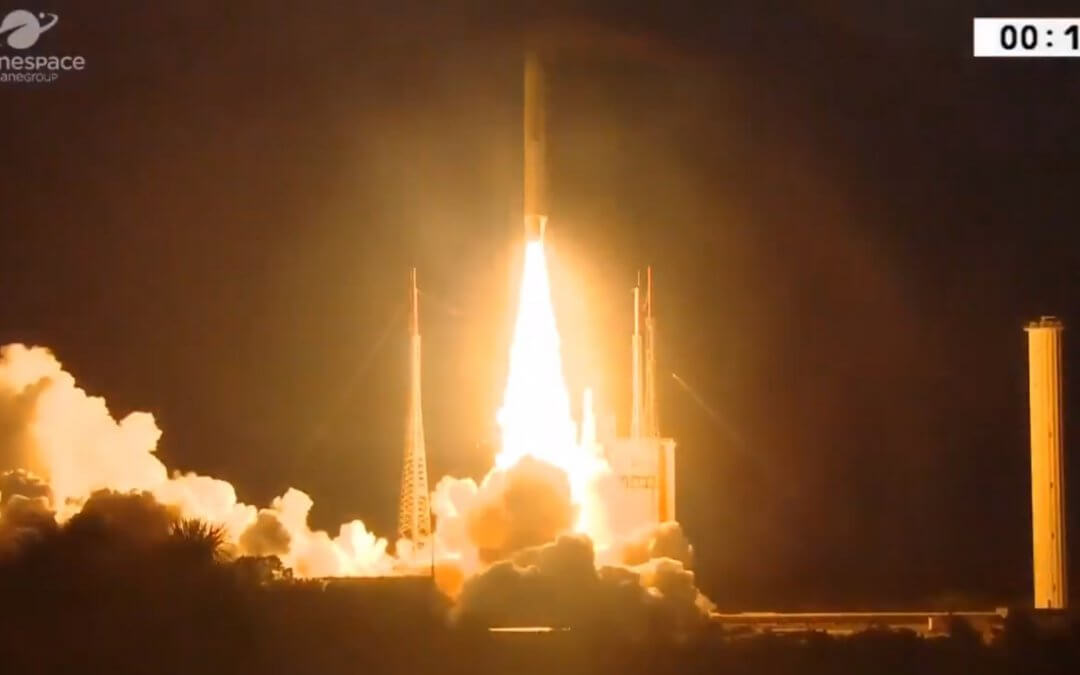 On 20 June 2019, the European Spaceport, French Guiana, saw the second Ariane 5 of the year which, following lift-off at 2143 GMT, proceeded to place two communications satellites into their planned Geostationary Transfer Orbits (GTO). The two customers utilising the work-horse, heavy-lift, rocket offered by Arianespace were; US-based telecommunications giant AT&T, and Eutelsat S.A. one of the “Big Four” global FSS operators. 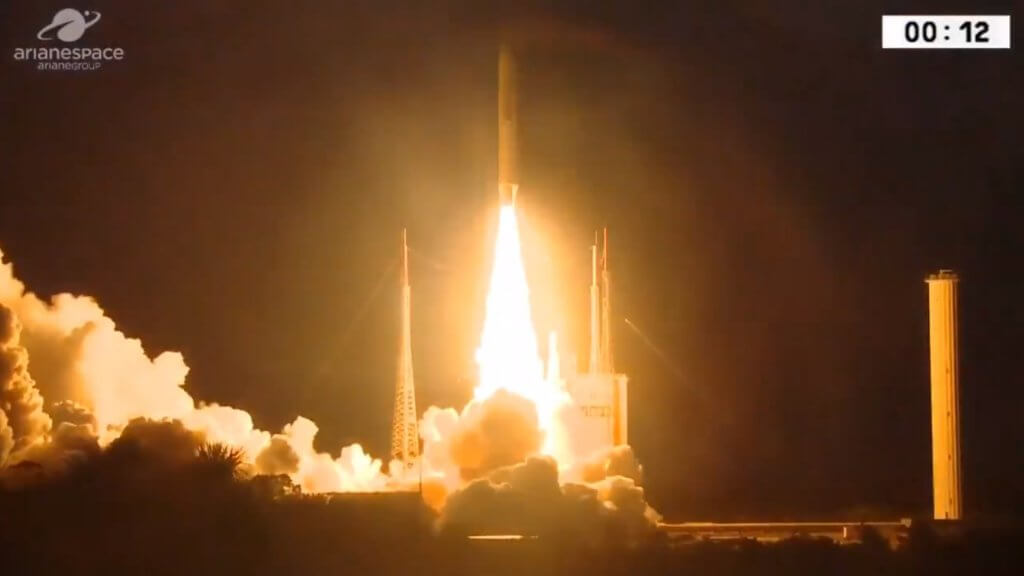 The AT&T satellite known as, AT&T T-16, had a reported launch mass of circa~ 6,350 kg and accordingly as the larger of the two payloads rode in the Upper berth position. This mission sees ATA&T launching the last of the satellites inherited following their purchase of DirecTV in 2015. The company has previously stated that it has no plans to order any new spacecraft in the future.

In the Lower berth position was the Eutelsat satellite, EUTELSAT 7C. This unit weighs 3,400 kg and is carrying an all Ku-band payload to the 7 degrees East orbital slot where it will be co-located with the already present EUTELSAT 7B unit.