A Vega rocket lifted-off from the European Spaceport, French Guiana, carrying the Pleiades Neo 4 reconnaissance satellite plus four small co-payloads at 0147 GMT on 17 August. The payloads were carried to sun-synchronous low Earth orbit and were sequentially deployed into orbits roughly 520 km x 560 km, inclined at 97.6 degrees.

This follows the first Vega mission in April which carried the a sister imaging spacecraft (called Pleiades Neo 3) to orbit as Airbus upgrades its geospatial intelligence offering. The two new imaging satellites are built by Airbus DS and offer better resolution than their predecessors – at 30 cm. A further two units are planned to launch during next year, 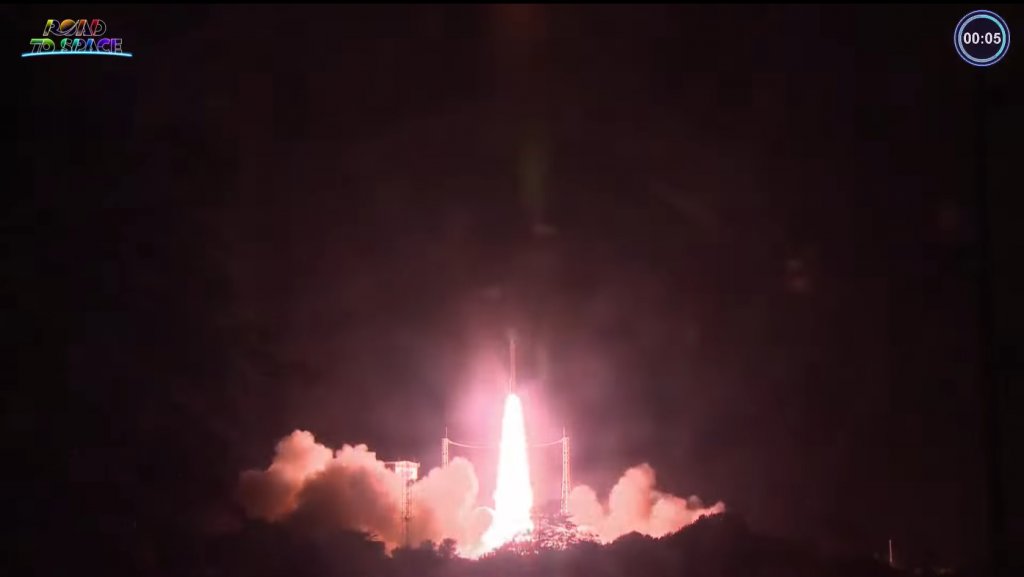 A still of the Arianespace launch footage showing the Vega rocket lifting-off carrying its payloads to orbit. Courtesy of Arianespace via YouTube.

The mission also carried four co-payloads to orbit. Three of which were sponsored by ESA – LEDSAT (from the University of Sapienza, Italy), RADCUBE (from C3S, Hungary) and SUNSTORM (from Reaktor Space Lab, Finland) – and the fourth – BRO-4 – for a French newspace company, Unseenlabs.