After delays to Vega’s launch schedule caused by a failure, the shutdown of the Kourou launch site in French Guiana due to the coronavirus outbreak was the last straw for the prospective Japanese synthetic aperture radar (SAR) constellation operator, Synspective. The first satellite in its planned 25-satellite constellation, the StriX-α (StriX-Alpha), has now jumped ship from Vega to the New Zealand-based Rocket Lab Electron.

While many other developed nations have suffered tens of thousands of Covid-19 related deaths, New Zealand’s exemplary defence, which entailed early shutdown of its borders/airports and a hard lockdown, had limited its deaths from the virus to about 20 by late April. The country has started to relax elements of the lockdown with the result that the Electron is expected to resume launches shortly – provided it can get its mainly foreign satellite payloads to the Mahia Peninsula launch site. Launch of the 150 kg StriX-α spacecraft on a dedicated Electron launch is expected to take place later this year.

In a separate development, the nascent air-launched Virgin Orbit LauncherOne rocket operation had some good news to celebrate. On 10 April it was announced that Virgin Orbit’s VOX Space subsidiary had been awarded a US$35 million Orbital Services Program-4 (OSP-4) contract by the US Space and Missile Systems Center for three STP-S28 launch bookings on LauncherOne. The first of these launches is due to take place in October 2021. Two more will follow with some 44 mostly unidentified small satellites carried on the three flights.

Finally, the German launch services provider Exolaunch has booked a Falcon 9 launch for its payload dispenser, allowing the launch of multiple client satellites in December.

Update on 22 April 2020: Firefly Aerospace has signed a contract with the satellite ride specialist Spaceflight to be the primary customer for a rideshare mission on Firefly’s Alpha small launch vehicle in 2021.

Update on 1 May 2020: Arianespace has confirmed that it is to restart its launches from Kourou in French Guiana in June. The first launch in that month will be a Vega flight carrying 50 satellites on a ride share mission. 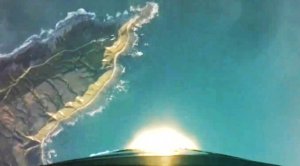 Post Script: New Zealand’s Prime Minister Jacinda Ardern rightly gets praise for taking effective and fast action against the coronavirus epidemic (shutting borders, having effective testing/tracing, imposing hard lockdown), but New Zealand’s other defences remain weak. It cannot defend key installations, such as the Electron launch site, or even its cities from enemy or terrorist air attack as its air force has no fighter jets. It gave these up on cost and pacifist grounds about two decades ago. This may be foolhardy as a resurgent China is claiming several island groups as its territory in the South China Sea/Pacific Ocean region, as well as, of course, Taiwan. With US Navy aircraft carriers having to remain in port after suffering their own Covid-19 infections, China is already “sabre-rattling” by holding naval exercises very near to Taiwan.