The third Vega mission of 2021 launched a triplet of French military “Earth observation” satellites on 16 November. The launch managed by European launch provider Arianespace lifted-off from Kourou, French Guiana, at 0927 GMT. The three satellites are known as CERES (Capacité de Renseignement d’origine Electromagnétique Spatiale) and were launched for the French space Agency, CNES.

Although described as “Earth observation” units, a more accurate label would be that of SIGINT (Signals Intelligence). The CERES satellites are tasked with collecting data for the purposes of characterisation and location of RF transmitters. 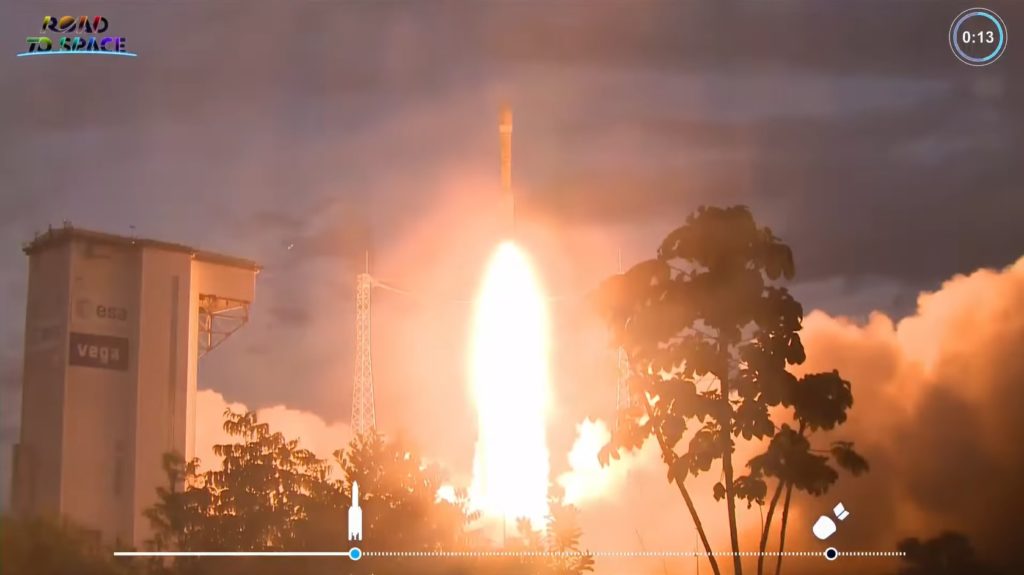 A screenshot of the Arianespace launch broadcast showing the Vega rocket lifting-off. Courtesy of Arianespace via YouTube.