While Roscosmos rather cruelly joked that it might leave him in space after US protests against the Russian invasion of Ukraine, in the end NASA astronaut Mark Vande Hei, a former US Army Colonel, returned to Earth on board the Soyuz MS-19 spacecraft on 30 March 2021. Having shut the hatches at 0416 GMT, the Soyuz MS-21 spacecraft, with Vande Hei and Russian cosmonauts Anton Shkaplerov and Pyotr Dubrov aboard, undocked from the International Space Station (ISS) at 0721 GMT and moved  away from the station to allow the crew to take images. 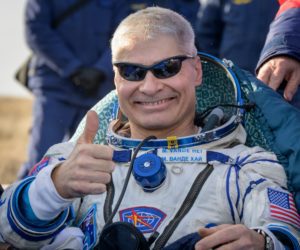 Mark Vande Hei after his return from his 355 day spaceflight. Courtesy: NASA

The craft later made its re-entry burn, and the three modules, the crew descent module, the orbital and service modules broke away from each other as planned at an altitude of 140 km. Only the crewed descent  module survived the re-entry and it made a parachute assisted landing on the steppe of Kazakhstan at 1128 GMT.  The crew were welcomed by a helicoptered recovery team.  Vande Hei had been in orbit for 355 days, breaking the US spaceflight endurance record.

Times from NASA and Jonathan McDowell. 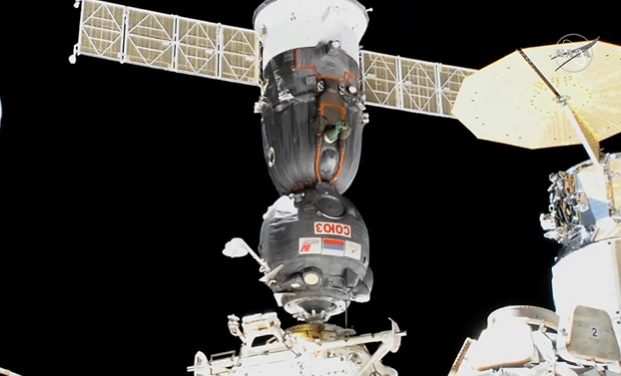