An Atlas V rocket from ULA (United Launch Alliance) has launched a Lockheed Martin-built, NASA Discovery-class spacecraft into orbit. Lift-off took place at 0934 GMT on 16 October from Cape Canaveral, USA, and utilised the “401” Atlas V configuration with no strap-on boosters. At roughly T+1 hour the spacecraft separated from the Centaur upper-stage along its Earth-escape orbit. The Lucy spacecraft has started a 12-year mission to study eight asteroids – seven of which are “Trojan” asteroids which occupy clusters in Jupiter’s orbital arc around the Sun. 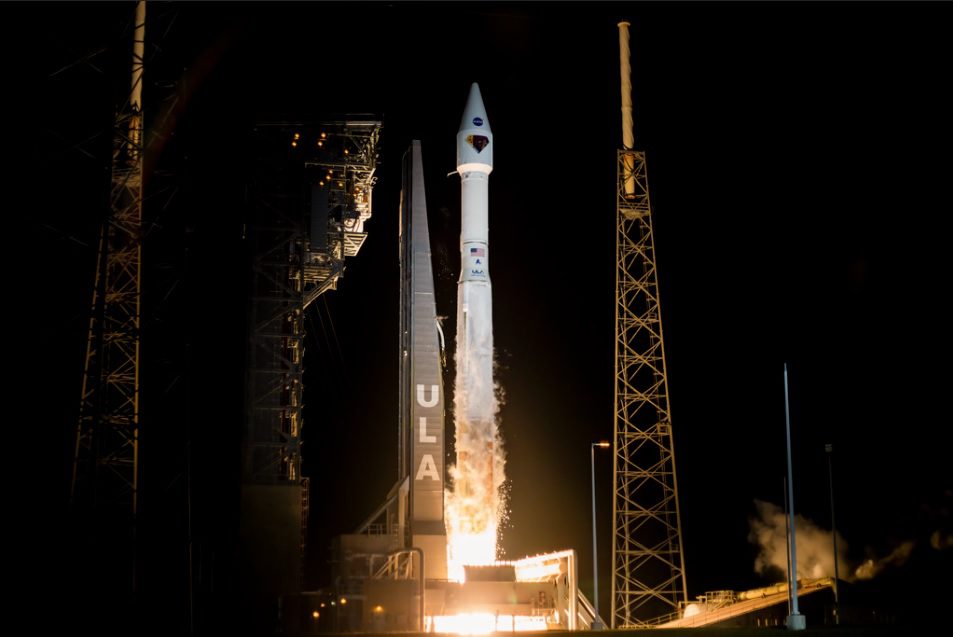 However, this is not a final goodbye for Lucy. The spacecraft will return to Earth’s vicinity in October 2022 and again in December 2024 when it will undergo gravity assist manoeuvres which will help it on the long journey out towards Jupiter’s Trojans. The first scientific target on the mission’s hit-list is located in the Asteroid Belt – and is known as “52246 Donaldjohanson”. Expected to fly-by this asteroid in April 2025, it will be an opportunity to test the on-board instruments before arriving at its primary mission targets.

Arrival at the L4 Trojans (known as the “Greek camp”) is expected in August 2027. Lucy will fly-by five objects – four asteroids and one natural satellite – in the Greek camp with its last observation planned for November 2028. Once this phase is completed, Lucy will conduct a third and final Earth fly-by and gravity assist, enabling it to rendezvous with its last two targets in 2033. These two asteroids are part of the L5 Trojans (the “Trojan camp”) and form a binary pair.

NOTA BENE: Common nomenclature for the Jupiter Trojans is to attribute them names from the Trojan War of Greek mythology. Hence, a Greek camp at L4 and their opponents the Trojans at L5.

Update on 19 October 2021: Following Lucy’s successful separation from the Centaur upper-stage, there appears to have been an anomaly with the deployment of her Mickey Mouse-like disk-shaped solar arrays. NASA has reported that the spacecraft is healthy and stable but it appears one of the arrays has not fully “latched”. At the time of reporting, NASA was investigating what steps it could take to secure a proper latch/locking out of the fully deployed solar array. 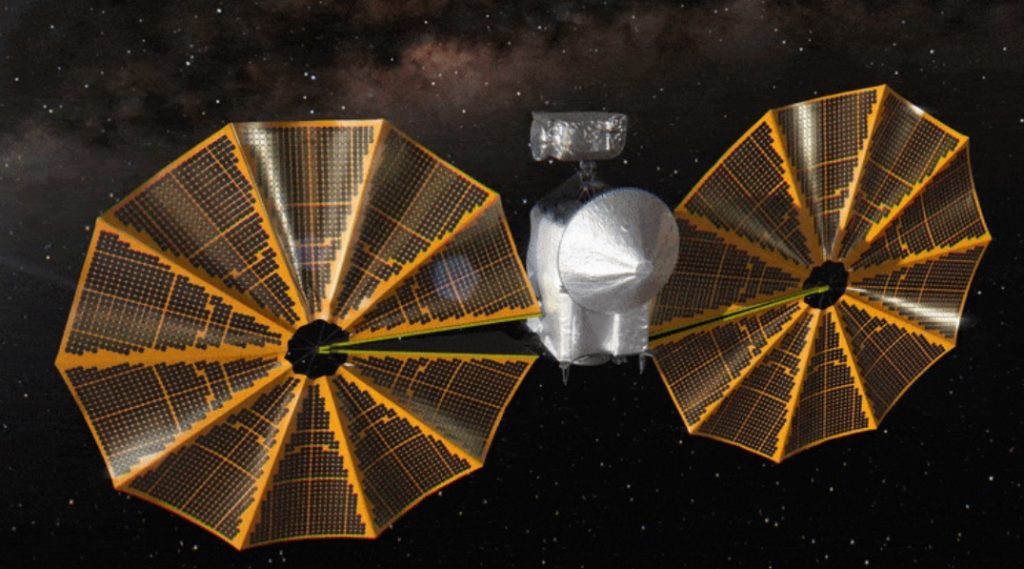 Seradata has now completed its agenda for its two-half day (UK afternoons) virtual conference on 23-24 June 2021.  In addition, Read more