Lifting off from SLC-41 (Space Launch Complex-41), Cape Canaveral, USA, a ULA (United Launch Alliance) Atlas V heavy-lift rocket, flying its its 401 configuration, has carried the TDRS-M data relay satellite to a geosynchronous transfer orbit (GTO). The launch occurred at 1229 GMT, it had previously been scheduled for early-August but damage to a communications antenna during processing required a delay whilst it was replaced. 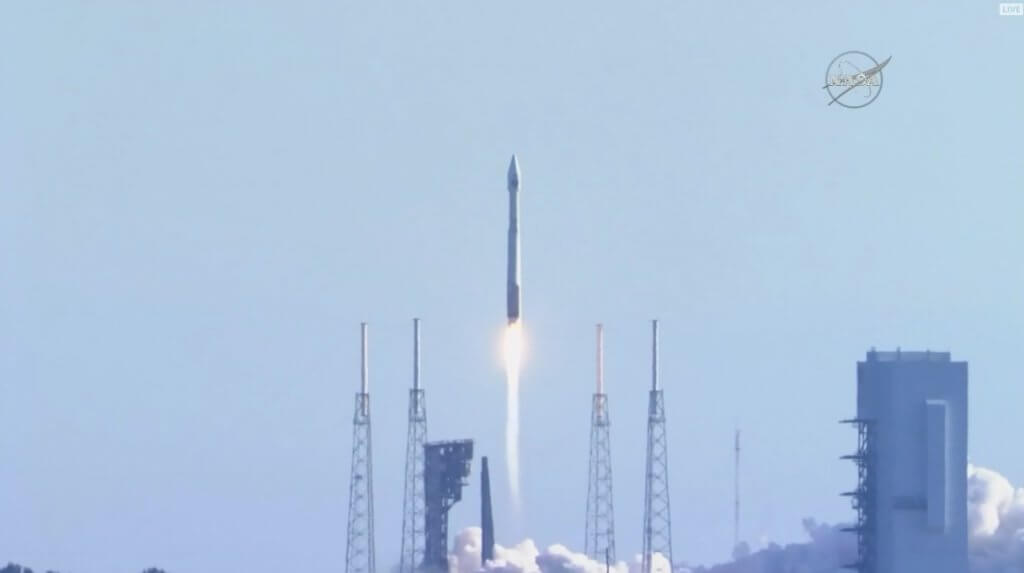 A ULA Atlas V 401 lifts off carrying the TDRS-M satellite. Courtesy of NASA

The TDRSS (Tracking and Data Relay Satellite System) is a crucial part of NASA’s Space Network and provides a data relay service for numerous Earth-based operators and their spacecraft in-orbit. It also provides this service for rocket launches, meaning the launch of this new TDRS spacecraft was monitored by its in-orbit compatriots. The fleet operates in a Geosynchronous Orbit (GSO), which is in the same region as the traditional Geostationary Orbit (GEO) over the equator but is inclined slightly outside the GEO belt.