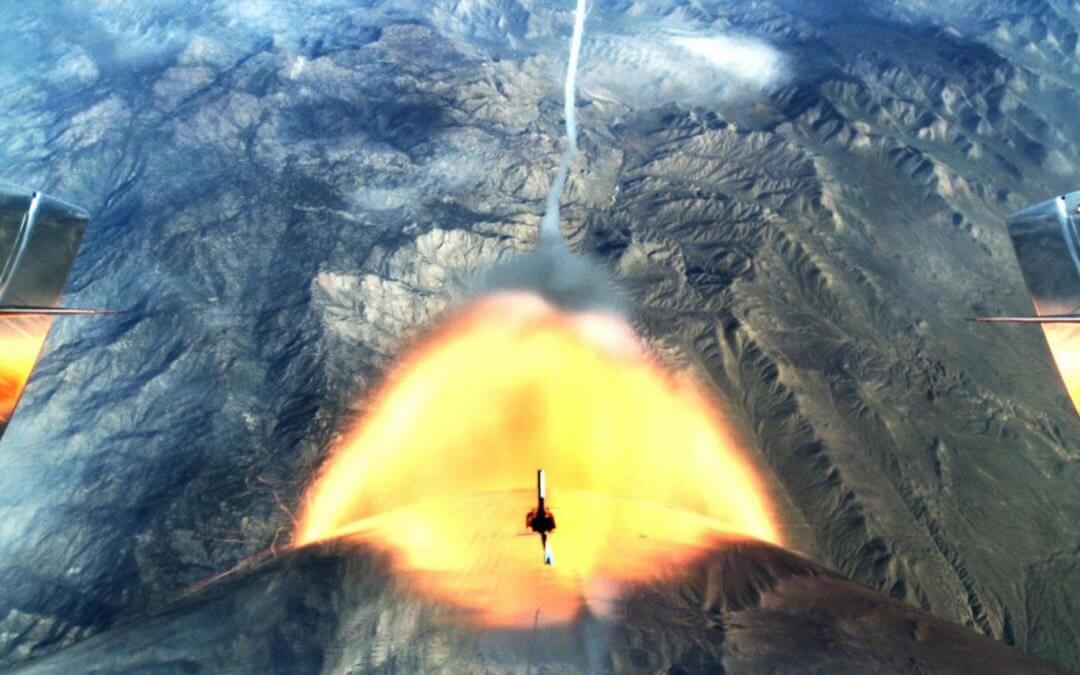 The Virgin Galactic SpaceShipTwo rocket plane, VSS Unity, has restarted test flights two years after the fatal test flight that killed co-pilot Mike Alsbury. A combination of pilot error and poor design were blamed for the premature feathering of the wing. The craft, which is designed eventually to carry six space tourists plus two pilots on suborbital flights, ignited its hybrid rocket after being dropped from the carrier plane, Eve. The test pilots were Mark Stucky and Dave Mackay. The first renewed flight test flew to an altitude of 84,000 feet and reached Mach 1.87 on its 5 April flight before descending safely to land at an airstrip in the Mojave Desert in California. 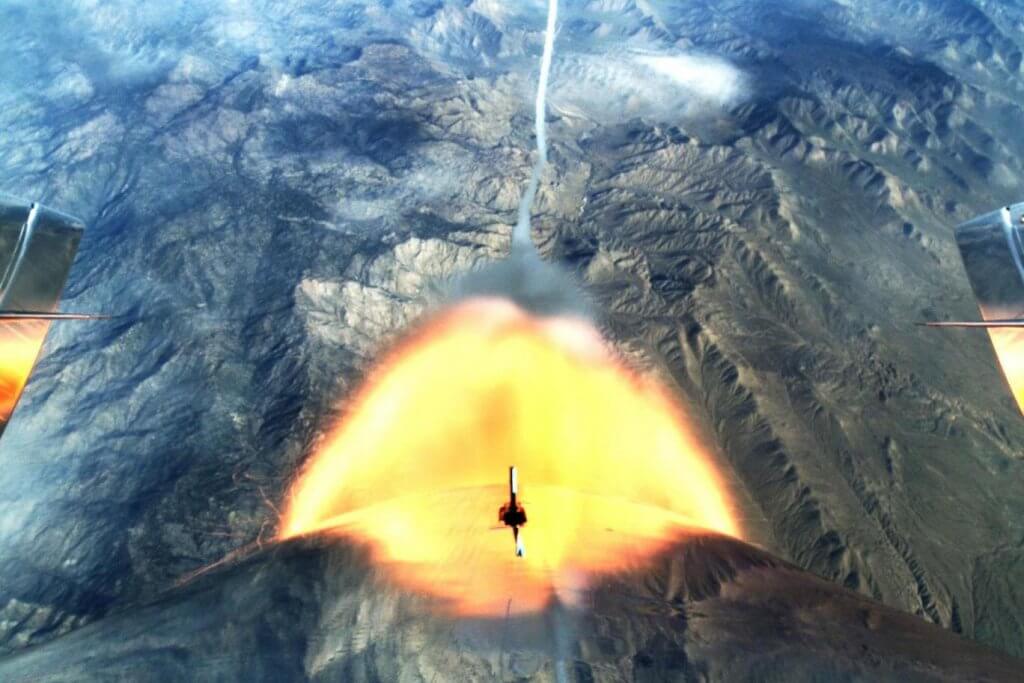 Rocket ignited with the world falling away below. Courtesy: Virgin Galactic