An uncrewed Blue Origin’s New Shepard suborbital vehicle suffered a failure on its booster rocket just one minute after its launch on 12 September. New Shepard lifted off normally at 14:27 GMT from Blue Origin’s Launch Site One in West Texas. Blue Origin has not disclosed information about the exact cause of the failure however, during the flight the LOx/Liquid Hydrogen burning BE-3 engine’s plume was seen to change from normal around the time when the vehicle was undergoing maximum aerodynamic pressure (Max Q). The engine was shut down and the rocket then began to pitch over at an altitude of circa 28,000 feet (8.5 km). 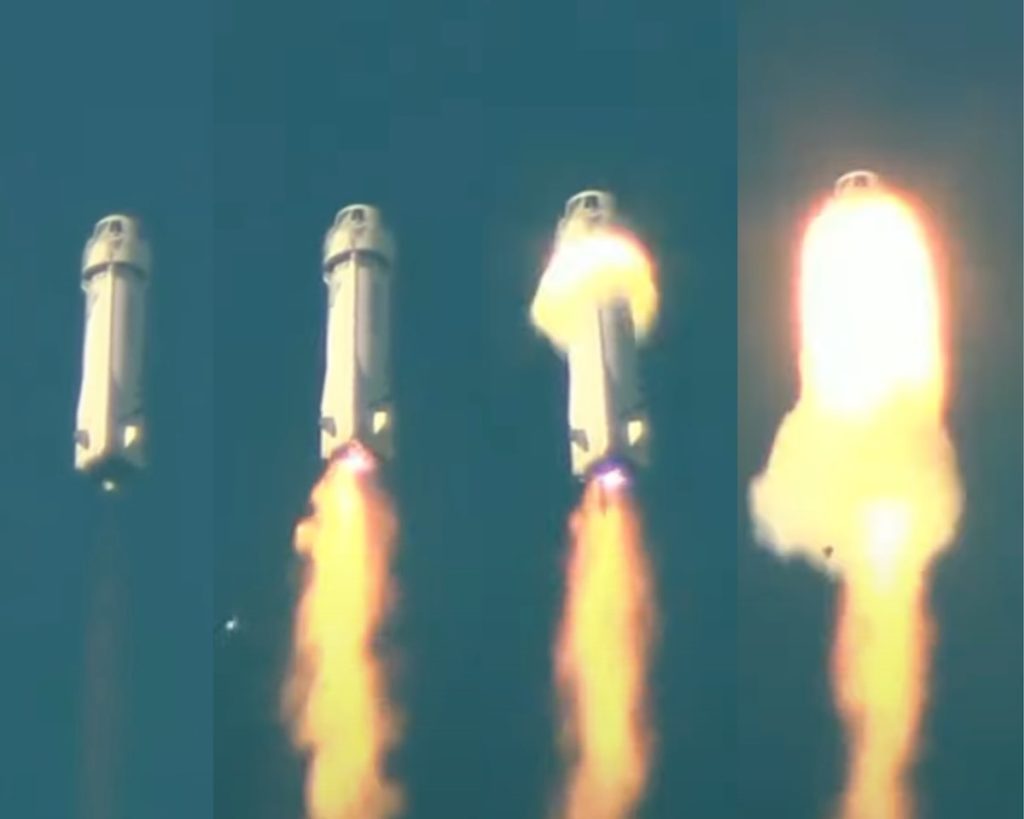 New Shepard fails on its uncrewed flight but its escape system was proven to work. Courtesy: Blue Origin via spaceflightnow.com

The capsule’s emergency escape solid rocket system then fired at around T+ 1 minute 5 seconds and the capsule successfully separated from the booster and later landed safely via its parachute system. The booster though was destroyed in the aftermath with its debris falling to the ground.

The mission, Blue Origin confirmed, was in an unmanned condition with no crew aboard. Instead the unmanned flight of the New Shepard carried 36 science and research payloads and thousands of postcards from ‘Club For Future’. There were no reported injuries to humans on the ground, nor damage to the payloads, according to the company which said in an official statement: “The capsule escape system functioned as designed”.

Comment by Farah Ghouri and David Todd: The news marked the first major failure for the private suborbital human spaceflight company. The failure was the 23rd flight of New Shepard showing resulting in a failure rate of 4 per cent.  This risk will undoubtedly put off some would-be suborbital astronauts from flying aboard Blue Origin or its Virgin Galactic competitor. The latter has already had a fatal flight failure during testing.  The launch failure also has implications for the Vulcan rocket which was planned to eventually use the BE-3 as an eventual upper stage engine.