The Dragon CRS-20 cargo spacecraft was successfully launched into orbit on its way to the International Space Station (ISS) on a SpaceX Falcon 9 in a night launch from Cape Canaveral at 0450 GMT on 7 March 2020. The night time launch (1150 pm on 6 March local time) marked the final launch of the eight supplemented to the original 12 of the SpaceX Commercial Resupply Services (CRS) contract with NASA.

Despite gusty winds, the reusable first stage of the Falcon 9 was landed back on the coast of Florida at Landing Zone 1. The Dragon CRS-20 spacecraft freighter itself was carrying 1,977 kg of cargo including the Airbus-operated ESA Bartolomeu experiment platform which will be placed on the outside of the ESA Columbus module. SpaceX has since been awarded a follow-on CRS contract for further launches from NASA.

In addition a new small imager was carried called iSIM (International Standard Imager for Microsatellites) will be fitted to the outside of the JAXA Kibo module. Also aboard were two cubesats Guatesat 1 (aka Quetzal 1) which is Guatemala’s first satellite, and the G-satellite which is a promotional satellite for the upcoming Tokyo Olympics.

Update on 9 April 2020: DRAGON CRS-20 was unberthed by use of the ISS Canadarm 2 from the Harmony module of the ISS and fully released/undocked at 1306 GMT on 7 April 2020 ready for de-orbit/re-entry and recovery. DRAGON CRS 20 then conducted a re-entry burn at 1758 GMT, with the capsule re-entering Earth’s atmosphere and splashing down in the Pacific Ocean 815 km south of Los Angeles and recovered by the NRC Quest for return to the port of Los Angeles. 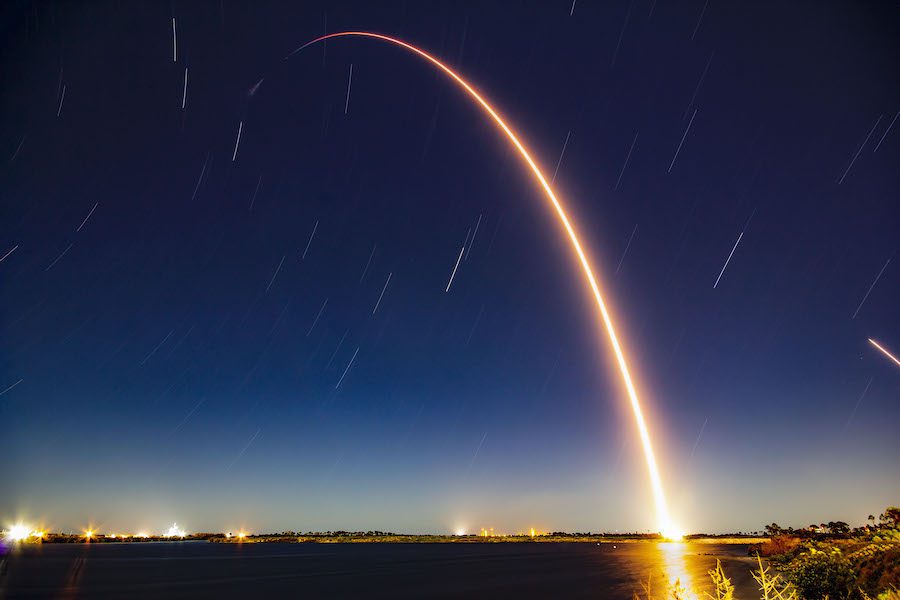