Earth observation start up Capella Space has secured US$97 million in its latest Series C fundraising round.

According to the newspace company, the new money will be put towards growing its satellite imagery and analytics services after it saw an “exponential” surge in demand. Capella plans to launch a fleet of 36 small-sat spacecraft with X-band SAR (Synthetic Aperture Radar) capabilities to create an Earth observation constellation which can provide high-resolution imagery even in adverse weather conditions. With seven satellites already in orbit the San Francisco based start up confirmed that it had more satellite launches planned for 2022 and 2023. 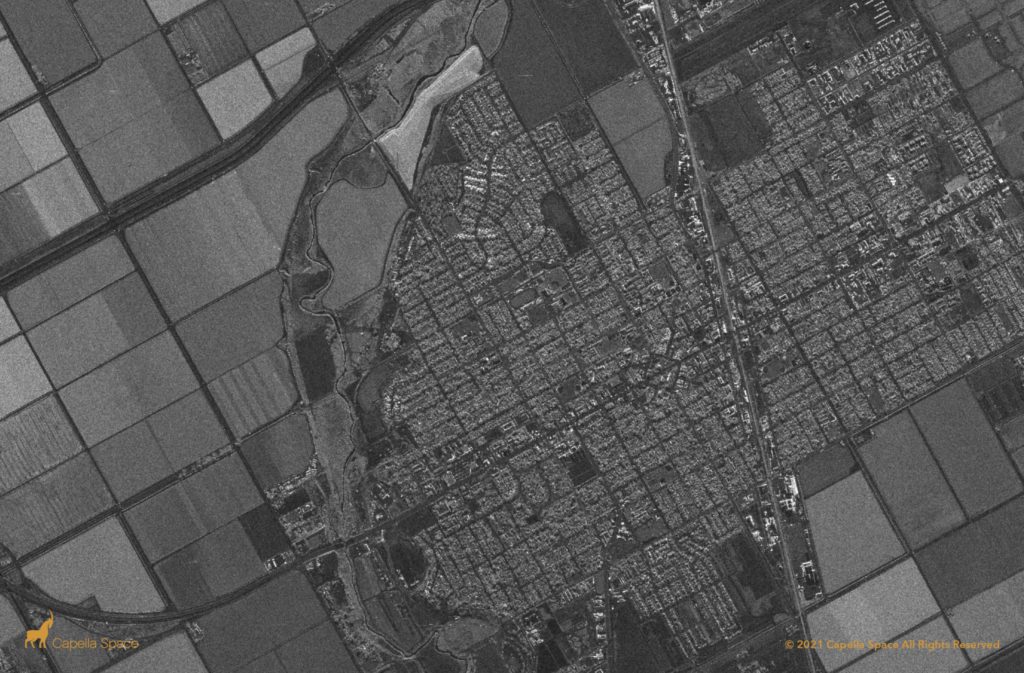 The high resolution images produced by SAR sensors in satellites can operate even in poor weather conditions, as in this image of Imperial County, California taken in 2021. Courtesy: Capella Space

In a previous Series B2 round the company raised US$29.4 million and between 2017 and 2019, Capella had accumulated around US$80 million over five rounds of fundraising. The latest financing round was led by NightDragon with “significant” participation from its existing investors DCVC and Cota Capital, according to Capella.

The company, which expects a 400 per cent growth in its customer base, is highly optimistic about the future of the market. “This new funding,” said Capella CEO Payam Banazadeh in a statement, “is a testament to the market demand for quick delivery of high-quality commercial SAR data and analytics, and we’re seeing it firsthand.”  According to Capella  its revenue doubled over the last 12 months.