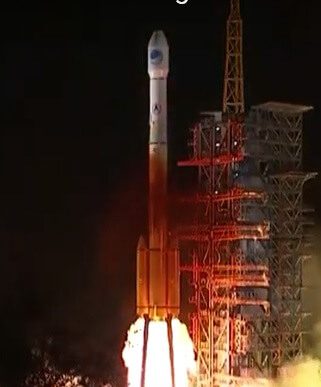 China has launched Beidou DW45 (aka Beidou 2-G8), its 45th satellite of its Beidou navigation satellite constellation. The launch took place from the Xichang launch site and used a Long March-3C/G2 rocket. The rocket lifted-off at 1548 GMT on 17 May 2019. The satellite for a geosynchronous Earth orbit and was injected into an elliptical transfer orbit with an apogee equivalent to reach there.