China launched a Long March 2F/G (CZ 2F/G) rocket carrying the Shenzhou-15 crewed mission to the CSS. The mission lifted-off at 1508 GMT on 29 November from the Jiuquan Satellite Launch Center, China. The three taikonauts onboard are Zhang Lu, Deng Qingming, and Fei Junlong.

Shenzhou-15 successfully docked with the CSS (Chinese Space Station) later the same day at 2142 GMT, joining Shenzhou-14 and three other Chinese astronauts already at the station. 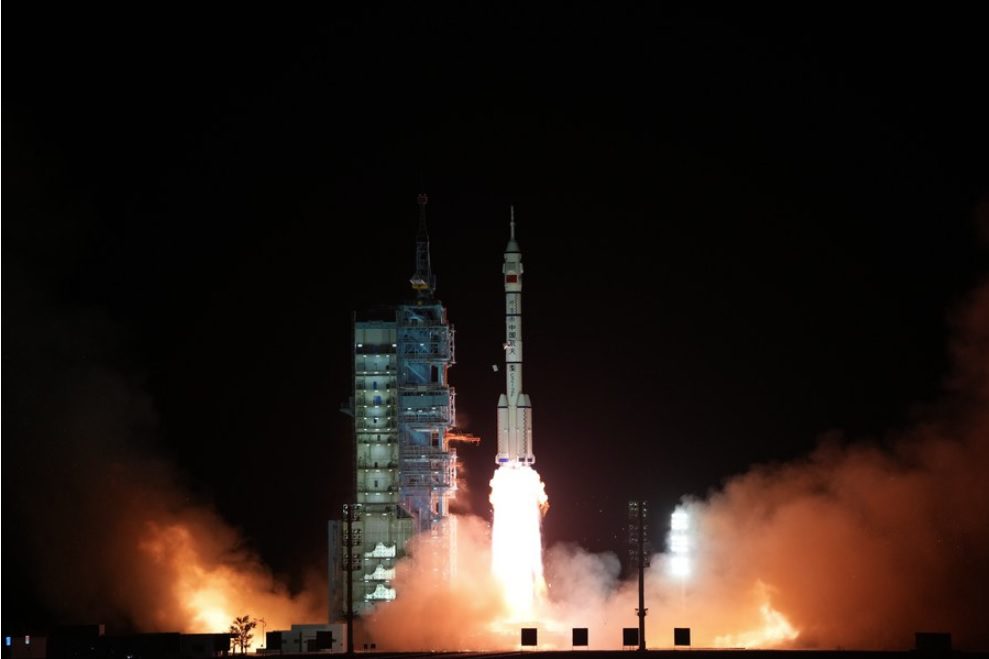 As well as the crew, Shenzhou-15 carried two experiments to the station which will be installed at a later date. Additionally, there were also some fresh fruit and vegetables on-board to enhance the inhabitants’ diets for a short period.