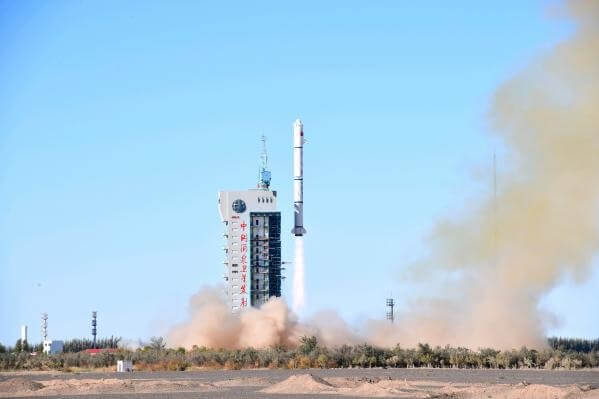 Lifting off from the Jiuquan Satellite Launch Center, China, at 0243 GMT, 9 October, a CALT Long March 2C rocket carried two YAOGAN 32-01 units into LEO. This launch saw the first usage of a new “Yuanzheng-1S” (Y-1S) upper stage, which has reportedly increased its capacity to 700km LEO from 1.2 tonnes to 2 tonnes. The stage is also reportedly capable of conducting multiple burns to manoeuvre satellites into different orbits.

The Long March 2C rocket lifts off from Jiuquan with the new Upper Stage attached carrying the two YAOGAN 32 satellites. Courtesy of Xinhua

The satellites, although supposedly launched to conduct a remote sensing mission for the Ministry of Agriculture, are reported by the Xinhua, state-news agency, to be used for “electromagnetic surveys other related technology tests”. It is suspected by Western nations that the YAOGAN WEIXING designation is used to hide a more military nature for many Chinese satellites.