A Long March 11 (CZ-11) rocket was launched from a barge stationed in the Yellow Sea at 0406 GMT on 5 June. On board were seven satellites, including the Jilin-1 03A Earth observation satellite with an optical resolution of 1.13 m, which were launched into 543 x 528 km at 97.54 degrees inclination sun-synchronous orbit. The rocket was “cold launched” – that is, it was ejected from its “missile tube” before its engines ignited. 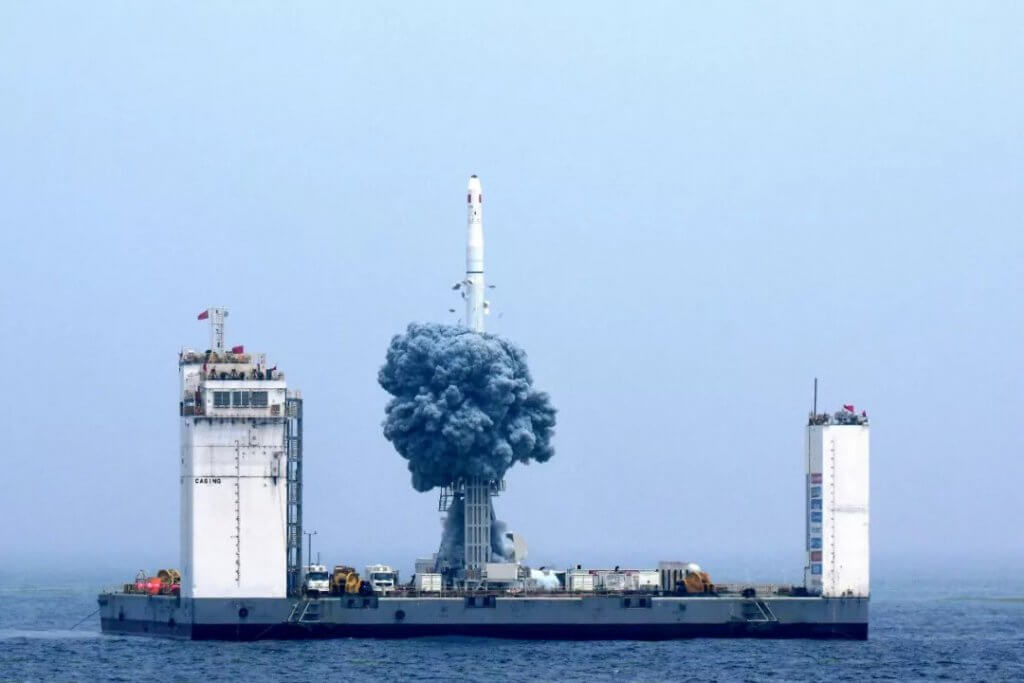 S7, the Russian firm that took over the assets of the defunct international Sea Launch enterprise, has been outlining its future plans Read more

IAC 2016 Guadalajara: Sea Launch to be purchased by Russian airline

S7 Airlines, the Russian airline company, has signed an agreement with RSC Energia for the main assets of the Sea Launch Read more

The Moscow Times reports that Russia's space conglomerate/space agency Roscosmos has announced that the Sea Launch operation, which has been Read more

Sea Launch has announced series of cost-reduction measures designed to address an upcoming gap in the launch manifest of the Zenit-3SL system.  The Read more

Sea Launch SA has successfully launched the EUTELSAT 3B satellite  from at its ocean-based Launch Platform Odyssey.  The Zenit-3SL rocket Read more

Russia’s military and political advances in the Crimean region of Ukraine, following similar fanning of separatism in parts of Georgia Read more