At 0226 GMT on 3 January 2019, China’s Chang’e 4 lander along with the rover it was carrying successfully landed on the Moon’s lunar far side, at the Atkin Basic crater near its South Pole. The official location is at 177.6 degrees East, 45.5 degrees South.

On the same day, the Chang’e-4 lunar far side rover, called Yutu 2 as the successor to China’s previous lunar rover, was deployed from the lander at 1422 GMT and rolled onto the surface of the Moon. Its design life is three months. 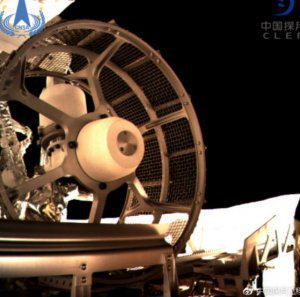 The wheel of Yutu-2 rover as it rolls itself down to the surface of the lunar far side. Courtesy: CNSA

While the rover has driven off to explore the surface, the lunar lander will take its own scientific measurements as a standalone working probe for analysis of radiation on the lunar surface and to study the Moon’s interior. The experiments even include an attempt to grow cotton and potato plants from seeds, along with yeast and fruit fly eggs, in soil in a tank – the idea being that the plants would create their own atmosphere. Apparently, they have already started to grow. China plans further Chang’e missions including Chang’e 5, a lunar sample return mission that is expected to take place in 2020.

A second sample return mission, Chang’e 6, to obtain samples from the polar region will take place after that. Chang’e 7 will be a lunar mapping mission, while Chang’e 8 will carry out preliminary technology tests for human lunar landings and lunar bases. 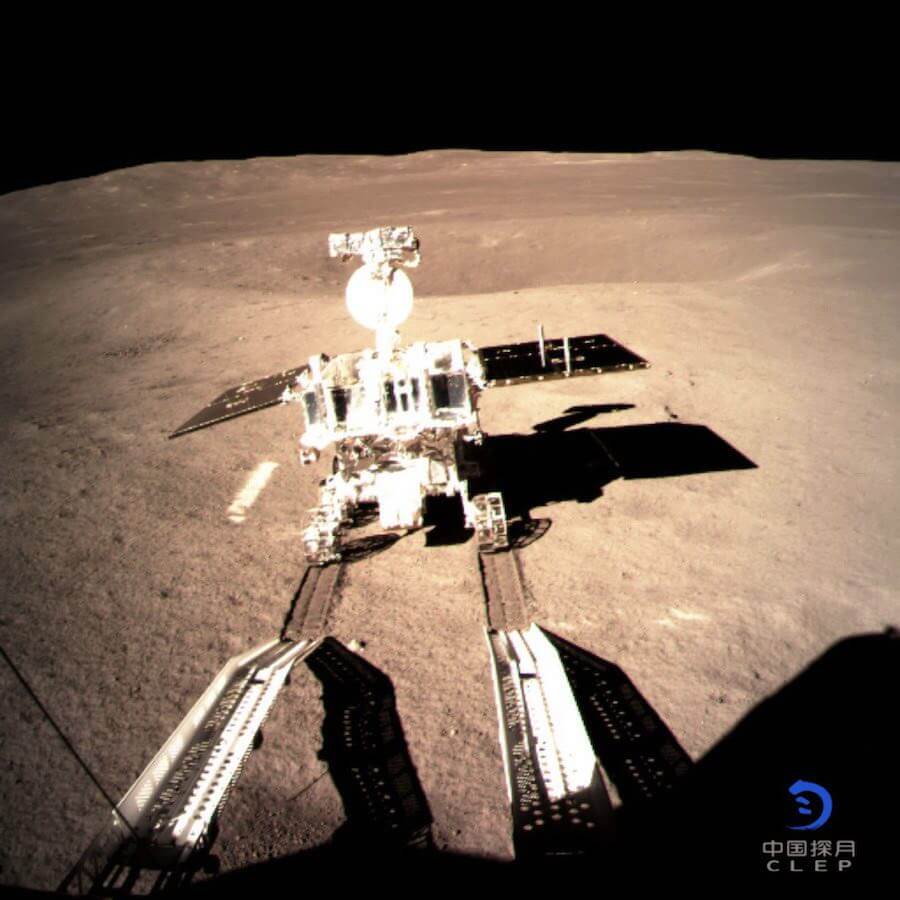 Chang’e 4’s Yutu 2 (Jade Rabbit 2) rover trundles off its ramp and onto the lunar surface. Courtesy: CNSA/CASC via CLEP