Taikonauts Liu Boming and Tang Hongbo opened the Tianhe 1 hatch on 4 July at 0011 GMT. Boming exited the Chinese space station airlock first to attach a foot restraint and platform to the end of the station’s 10 metre robotic arm. He then mounted the arm. Mission commander Nie Haisheng then tested the arm’s controls, moving Boming from inside the Tianhe module. 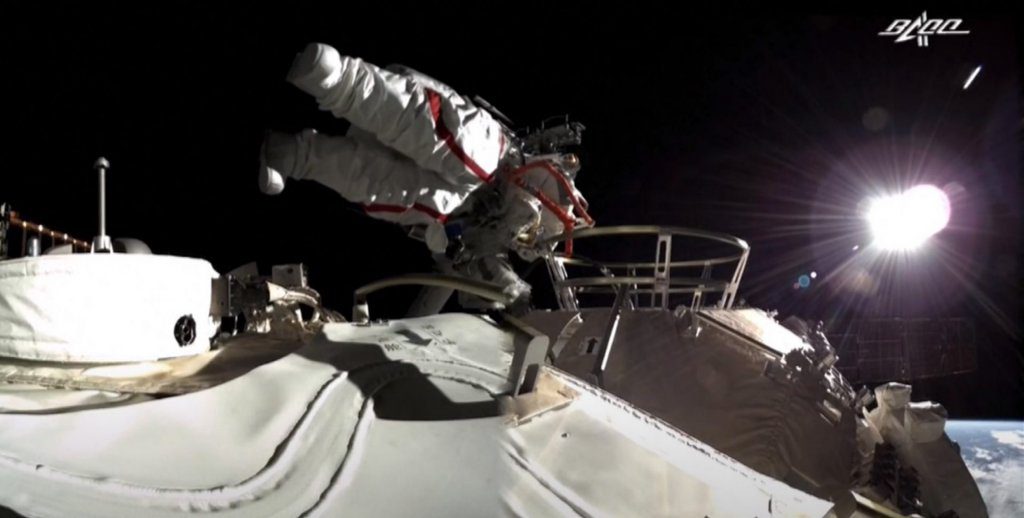 Three hours after Boming exited the airlock Hongbo left the space station and tethered to the handrails running along the exterior of Tianhe, he and Boming then worked together on extending a panoramic camera. Wearing new-generation Feitian EVA suits, the pair continued to work on installing other EVA equipment with the help of the robotic arm. The two taikonauts closed the hatch at 0657 GMT, bringing their first space station spacewalk to an end after six hours and 46 minutes.

This was Liu Boming’s second EVA. His first EVA was during China’s first spacewalk when he and fellow taikonaut Zhai Zhigang exited SHENZHOU 7 in September 2008.

Fourth space walk for STS-120 as things get more interesting