Russian cosmonauts Oleg Kononenko and Sergey Propkopev made a spacewalk on 12 December 2018 to investigate the extent of the damage and the success of the repair work to the Soyuz MS-09 orbital module, which had had a hole apparently accidently drilled through it during its manufacture. The Pirs airlock was opened at 1559 GMT marking the start of the spacewalk.

The cosmonauts initially used the telescoping-action GsTM-1 Strela boom to get from Pirs to Zarya and then the GsTM-2 boom to reach the Soyuz craft. They employed cutting tools on the meteoroid shield and thermal insulation surrounding the experimental module’s metal wall to examine the 2 mm diameter hole that was discovered after the craft had been orbited.

The hole was repaired when first discovered, but the cosmonauts wanted to make sure that the plug made out of gauze and epoxy glue would hold during the period between an undocking from the International Space Station and when a re-entry is attempted. While the orbital module is not used for re-entry, the crew’s aim was to ensure that the hole would not reopen causing a gaseous decompression thrust. 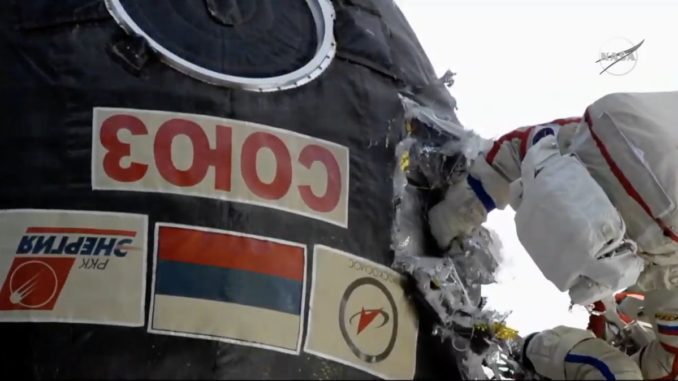 The spacewalking cosmonauts peal back the insulation to inspect the hole on Soyuz MS-09. Courtesy: Roscosmos

Update on 20 December 2018: Still sporting its inspection “wounds” to its insulation (see above) the Soyuz MS-09 spacecraft safely departed from the ISS on 20 December 2018 –undocking from the Rassvet module at 0140 GMT. The hatch had been closed three hours 10 minutes beforehand with three crew (Alexander Gerst, of the European Space Agency, Serena Aunon-Chancellor, of NASA, and Sergey Prokopyev, of Roscosmos) aboard who were returning to Earth after their 196-day orbital stay. After making some departure manoeuvres, the main re-entry burn of the SKD engine took place at 0410 GMT with the shutdown at 0415 GMT. Just before the craft re-entered the Earth’s atmosphere, the experimental module was vented of air (for safety) and all three modules (the experimental module, the crew landing module and the service module) separated at an altitude of circa 140km at 0438 GMT. The craft deployed its parachutes and made a safe parachute and rocket braked landing on the Kazakh steppe at 0502 GMT. The crew were recovered by helicopter. 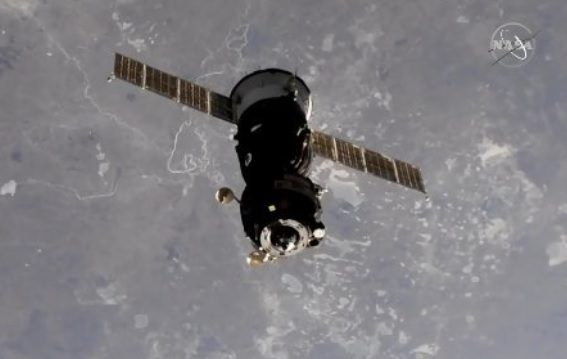 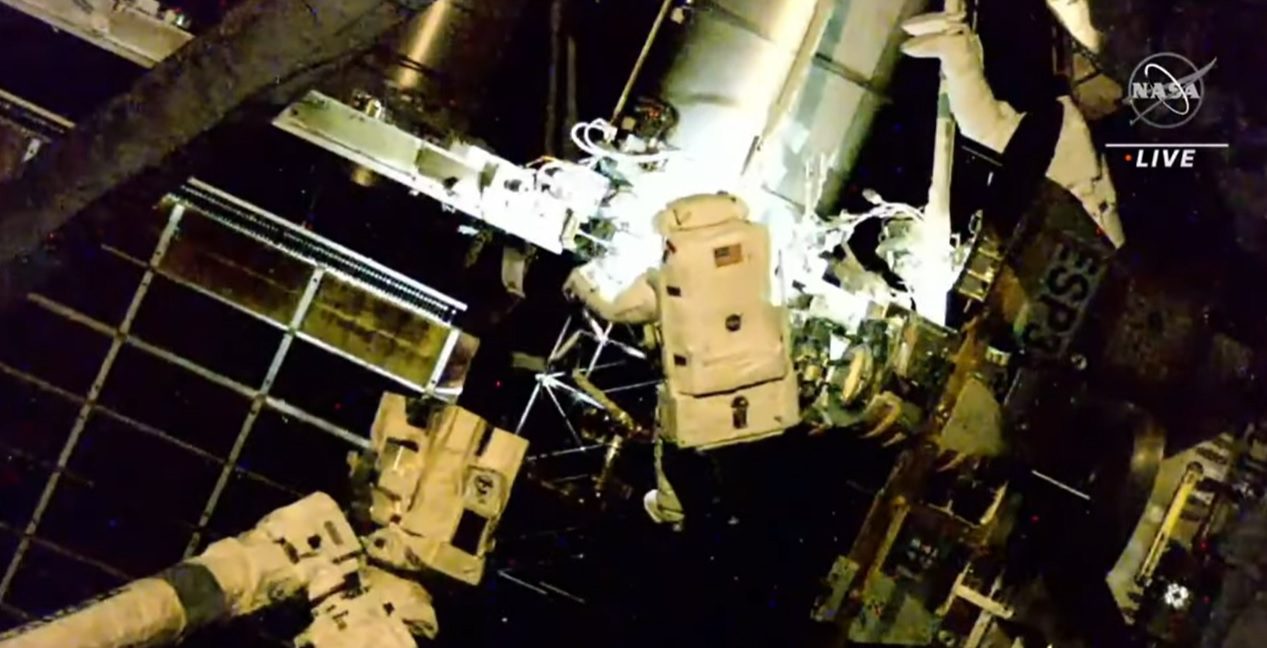