On 8 November 2021 at 1905 GMT, Crew Dragon – NASA Crew 2 Endeavour autonomously undocked from the IDA-3 /PMA-3 port of the International Space Station (ISS) with NASA Crew 2 astronauts Shane Kimbrough and Megan McArthur, ESA astronaut Thomas Pesquet and Japan Aerospace Exploration Agency astronaut Akihiko Hoshide onboard. The Crew Dragon Endeavour conducted a series of short burns to back away from ISS prior to performing a flight around the station to photograph their home for the past 6 months. The photographs will later be examined showing areas of the station that are not normally in view. This was also an opportunity to test the Dragon’s navigation sensors.

On 9 November at 0333 GMT Endeavour splashed down in the Gulf of Mexico off the coast of Pensacola, Florida. The “NASA Crew 2” crew were picked up by SpaceX’s fast boats within minutes of splashdown. The Endeavour spacecraft was later hoisted out of the water by SpaceX’s Dragon recovery ship, GO Navigator. The crew will undergo a medical check-up after their 199 day mission before Kimbrough, McArthur, and Hoshide fly to Houston, and Pesquet returns to Europe. The astronauts aboard had to wear nappy/diaper system during its return flight as the toilet system aboard the Endeavour was unserviceable.

It was originally hoped that there would be a hand over in space between the NASA Crew 2 and Crew 3 personnel on the ISS, but weather and illness induced delays to the NASA Crew 3 mission launch, it was decided to bring the Crew 2 mission back before that launch. 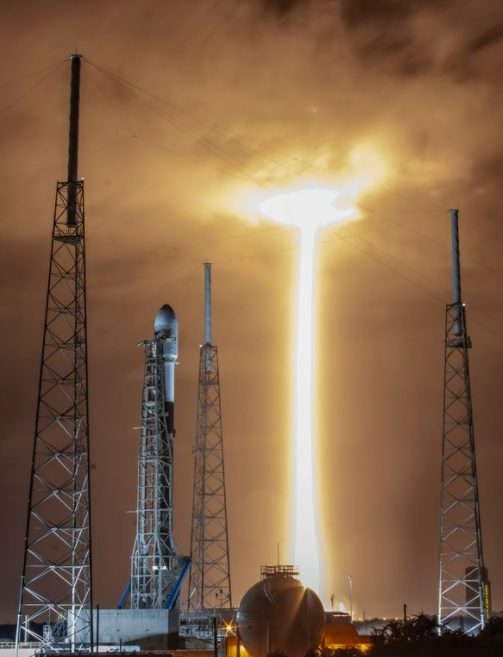 Just over 48 hours after the successful splashdown by the NASA Crew 2 mission, SpaceX successfully Falcon 9 vehicle carrying four NASA Crew 3 mission astronauts aboard its Crew Dragon Endurance spacecraft from Kennedy Space Centre, Florida, USA. Lift off was at 0203 GMT on 11 November. The astronauts aboard were NASA Astronauts Raja Chari, Tom Marshburn, Kayla Barron and ESA Astronaut Matthias Maurer. The spacecraft is due to dock at the forward hatch of the Harmony Module of the ISS at 0010 GMT on 12 November.  During the launch, the reusable first stage of the vehicle successfully landed on the drone barge “A Shortfall of Gravitas”. approximately 8 minutes after launch which was stationed down range in the Atlantic Ocean.

Phil Hylands and David Todd contributed to this story