Northrop Grumman launched a Cygnus resupply spacecraft on one of its Antares launch vehicles from the Mid-Atlantic Regional Spaceport at the Wallops Flight Facility, Virginia, on 10 August. It was the company’s 16th cargo resupply mission under NASA contract and will deliver some 3,700 kg of hardware, experiments and supplies to the International Space Station (ISS), where it is due to dock on 12 August. On arrival, the Cygnus will be berthed at the station’s Unity module using the Canadarm2 robotic arm.

The mission comes at a time of some disruption in station operations following two unrelated issues with different propulsion systems. The first concerned Russia’s recently docked Nauka module, which unexpected fired its thrusters three hours after docking with the station’s Zvezda module. This caused the ISS to temporarily lose attitude control and rotate about 45 degrees off-axis, a situation corrected by the station’s existing thrusters. Dmitry Rogozin, head of Roscosmos, put this down to “problems related to guidance system algorithms”, but according to NASA’s ISS programme manager, Joel Montalbano, there was no timeline for completion of the detailed investigation into the incident, which could take two or three weeks. 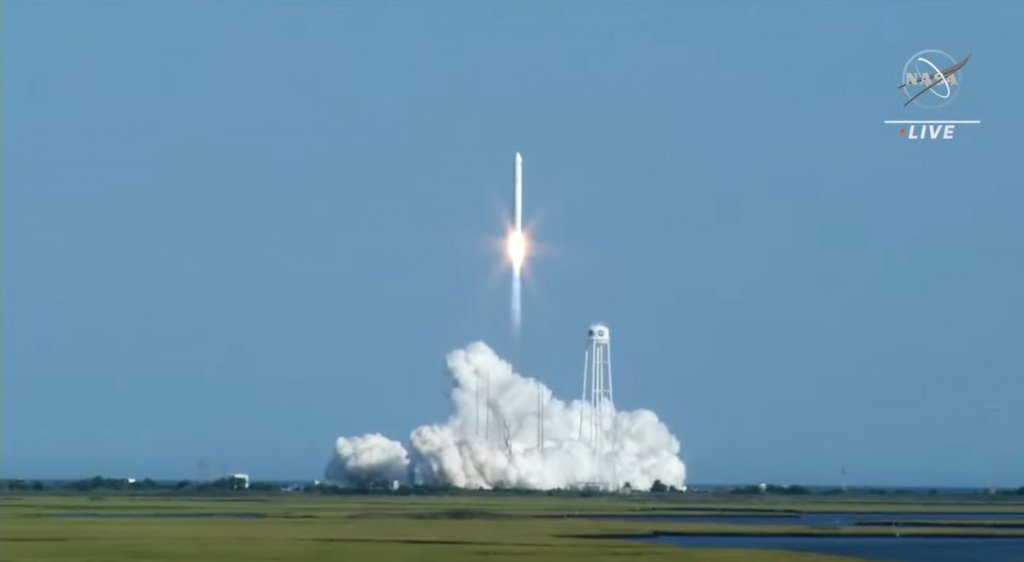 The CYGNUS NG-16 freighter begins its two-day journey to the ISS whilst the Starliner remains on the ground. Courtesy of NASA

Meanwhile, the upcoming launch of the Boeing CST-100 Starliner on an uncrewed test flight to the ISS is on hold because of a thruster issue that delayed the departure of the Orbital Flight Test 2 (OFT-2) mission previously scheduled for 30 July. According to Boeing, several valves in the Starliner’s propulsion system were unexpectedly found to be in the closed position during the countdown to a launch attempt on 3 August and it scrubbed the launch about three hours before the scheduled liftoff. The issue was sufficiently serious to return the spacecraft, on its Atlas 5 rocket, to the Vertical Integration Facility (VIF) at Cape Canaveral’s Space Launch Complex 41, where engineers could better access the spacecraft. They were reportedly able to open some of the valves using a new set of command software, but the root cause of the malfunction remained unclear.

No new launch date has been set for the OFT-2 mission, but Boeing said in a statement that it is “assessing multiple launch opportunities for Starliner in August”. Unfortunately, potential launch schedule conflicts mean that, if the mission cannot be concluded by late August, it could be delayed until late September, because a Falcon 9 launch of the CRS-23 cargo mission to the ISS, currently scheduled for 28 August, will use the same docking port as Starliner. However, such a delay would conflict with ULA’s next scheduled Atlas 5 launch, of NASA’s Lucy asteroid mission, which has a three-week launch window opening in mid-October. The issue here is not so much time as space, as there isn’t room for two Atlas 5 vehicles in the VIF. And if the Starliner has to be de-stacked to make way for Lucy, its next chance to head for the station may not be until November, following the SpaceX Crew Dragon Crew-3 mission scheduled for late October.

An independent observer could be forgiven for suggesting that the infrastructure, both at the Cape and at the space station, is inadequate to support the long-awaited increase in mission frequency, at least with any margin for error or delay.