The Cygnus NG-13, which is also named Robert Lawrence Jr after the black astronaut who was unfortunately killed in a 1967 air crash before he got to fly into space, was launched by an Antares 230+ rocket from the Mid-Atlantic Regional Spaceport (MARS) located at Wallops Island in Virginia, USA on 15 February.  The launch time was 2021 GMT.  The Northrop Grumman owned spacecraft, which was on a commercial cargo mission for NASA, made a slow multi-orbit approach to the International Space Station (ISS).

The Cygnus NG-13 freighter is carrying 3,337 kg of cargo including space hardware, science payloads and food and supplies for the ISS crew.  The equipment carried included the ColKa Ka-band antenna for ESA, which is built by MDA UK and which will be later fitted to the Columbus module.

Three satellites were also carried on the flight so that they can be transferred to the ISS for a later release.  These were the Red Eye 2, a 100 kg technology test satellite for DARPA concentrating on intersatellite links which was contained in its own Nanoracks Kaber deployer.   The remaining pair of satellites were on a NRSCD deployer: The DeMi (Deformable Mirror) 6U CubeSat mission to test out this technology for MIT.  The TechEdSat 10 mission, which is a 6U CubeSat with an aerobrake from NASA Ames/San Jose State University  which will measure re-entry conditions during deorbiting.

All times from Jonathan McDowell. www.planet4589.org 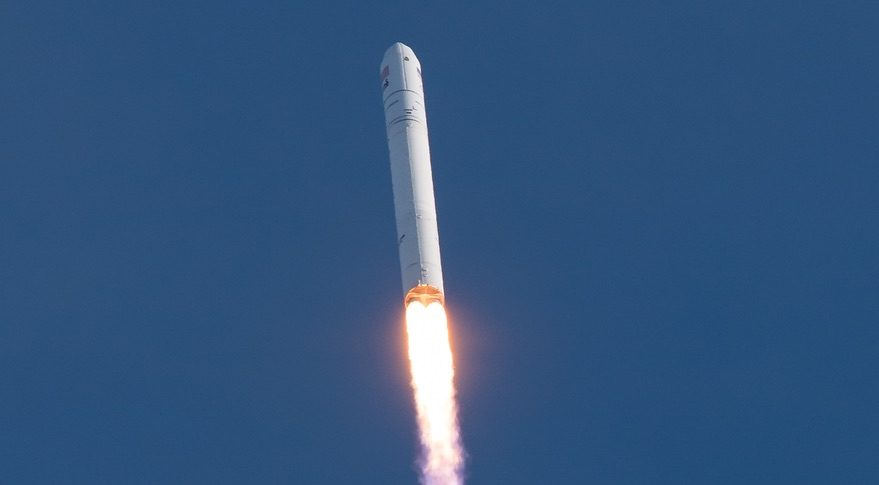 Cygnus NG-13 (aka Robert H. Lawrence) was unberthed from the Unity Module on the International Space Station at 1300 GMT Read more

Back in play: Antares 230 launches Cygnus freighter to the ISS on long awaited return (Updated)

After examination of all the debris from the launch failure of the Antares 130 rocket in October last year, a surprising Read more

After its Antares launch disaster, Orbital Sciences Corporation has purchased an Atlas V 401 launch plus option from the United Read more

Antares hangover: Orbital Sciences looks for Cygnus rides on other rockets as well as engine replacements

Russia’s military and political advances in the Crimean region of Ukraine, following similar fanning of separatism in parts of Georgia Read more