The US Defence Advanced Research Projects Agency (DARPA) has made a launch order to Rocket Lab for an Electron launch of its 150kg technology test satellite called the Radio Frequency Risk Reduction Deployment Demonstration – aka R3D2 – which will test out the deployment systems for large antennas. The launch will take place in February from the Mahia Peninsula launch site in New Zealand. In this instance the MMA Design antenna will only be 2.25 m diameter but will show that small satellites can be used for large bandwidth communications. R3D2 is being built by Northrop Grumman using a bus/platform designed by Blue Canyon Technologies. 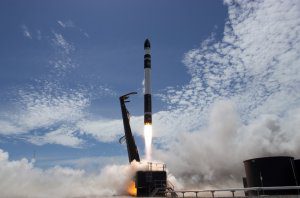 In a separate development, Airbus Defence and Space (Airbus DS) has been awarded a contract by DARPA for the development of a small satellite bus/platform design for its “Blackjack” programme which aims to demonstrate the military potential for low-earth orbit constellations.