The final launch of the venerable Delta II launch vehicle was made from the Vandenberg Air Force Base in California carrying NASA’s Ice, Cloud and land Elevation Satellite-2 (ICESat-2) into a near-polar sun-synchronous low Earth orbit. This mission was launched aboard a Delta II 7420-10 configuration rocket, which included a 10-foot-diameter payload fairing (PLF) and four GEM-40 solid rocket boosters. The first stage of the rocket was powered by the RS-27A engine and the second stage by the AJ10-118K engine. The launch, which lifted off at 1302 GMT on 15 September, was the final and 155th flight of Delta II, which first launched on 14 February 1989. 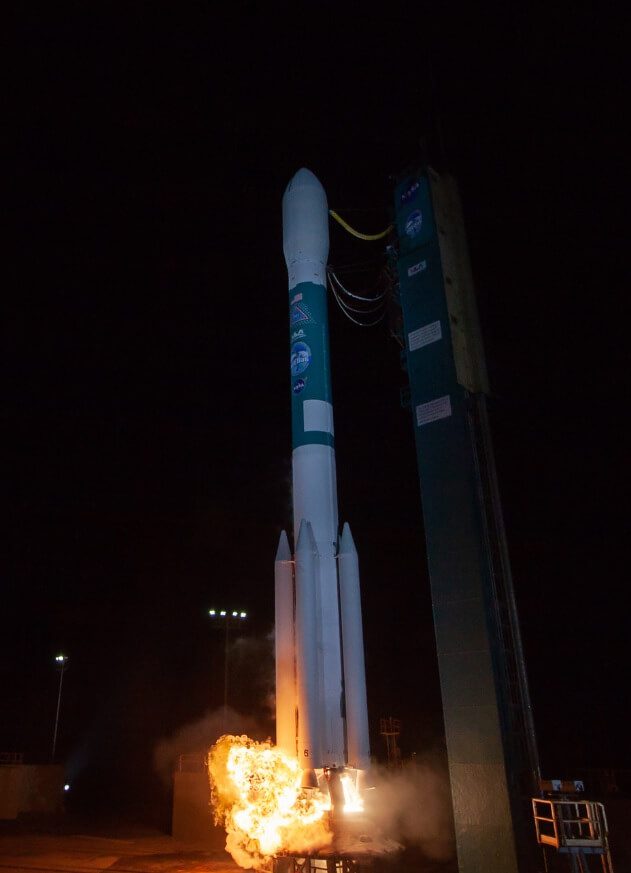 Delta II can trace its bloodline back via its predecessor the Delta I to the Thor rockets of the 1960s. With just four failures and partial failures, the Delta II was regarded as a reliable workhorse. This launch was performed under the authority of its current launch provider, the Boeing/Lockheed Martin jointly-owned United Launch Alliance (ULA).

ICESat-2 will provide scientists with height measurements to create a global portrait of Earth’s third dimension, gathering data that can precisely track changes of terrain including glaciers, sea ice, forests etc. Northrop Grumman built the spacecraft. In addition to ICESat-2, this mission included four CubeSats, which launched from dispensers mounted to the Delta II second stage. Among these were the UCLA’s Elfin and Elfinstar spacecraft to explore the mechanisms responsible for the loss of relativistic electrons from the radiation belts around Earth, CalPoly’s Polysat 7, which is doing vibrational research, and the University of Central Florida (UCF) spacecraft Surfsat (UCF), which is researching surface charging.

Flights of the Delta II rocket have become increasingly rare in recent years after the US Air Force moved its spacecraft to the Atlas V and Delta IV launch vehicles operated by ULA. The remaining rockets in storage have been slowly used up by NASA to launch scientific satellites like ICESat-2.  There is now just one remaining Delta II. However, this will not fly. Instead, ULA has donated it to the Kennedy Space Center museum in Florida where it will be displayed in the “rocket garden” in its final Delta II 7420-10 configuration.

Comment by David Todd:  This writer has been involved in reporting space launches since the late 1990s, and it was one of the rare failures of the Delta II that was the first rocket failure he wrote about. In those days, before streaming videos, he found himself on the end of a telephone line to the Cape Canaveral Air Force base to find out how it had gone, only to be told that it had “just blown up”. That total launch failure, in January 1997, became famous for not only destroying the GPS IIR-1 satellite it was carrying, but also wiping out a lot of the reporters’ cars in the car park. See that failure here.

In late February it was announced by NASA that its ICESAT 2 (Ice, Cloud and Land Elevation Satellite 2) would Read more

Having lost its OCO (Orbiting Carbon Observatory) in a Taurus XL launch failure in 2009, and two years later losing its GLORY Read more