The launch arranger Glavkosmos might have denied it, but there is increasing suspicion that something went wrong on the flight of a Soyuz 2-1A/Fregat M that launched 72 mainly cubesat-class satellites in July.

The main imaging satellite payload Kanopus V-IA was deployed successfully in a 509 x 506km orbit. This was followed an orbit raising manoeuvre followed by the successful deployment of ride share payload satellites including six out of seven Lemur 2 satellites which were successfully placed into 602 x 585km orbits.

However, of this middle set of satellites being released into the circa 600km orbits, ten appear to have failed – a factor apparently indicating that some sort of launch or deployment damage may have taken place. Despite this, Glavcosmos said there was no evidence of any rocket fault. The full story is at Space News.

Finally, after a manoeuvre to lower the orbit again, 47 out of 48 Flock 2K spacecraft were finally deployed in a 476 x 461 km orbit by the multiple burning Lavotchkin-built Fregat M upper stage. 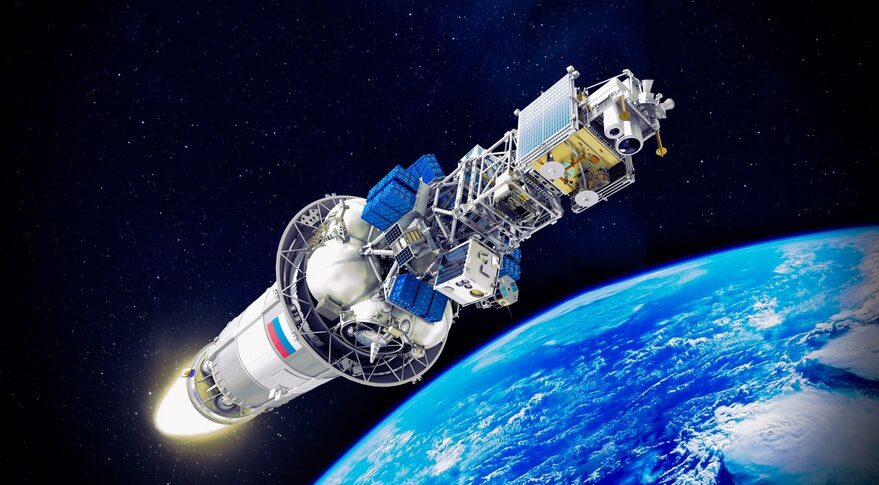 Fregat upper stage on its way to do deliveries. Courtesy: Glavkosmos via Space News

The two spacecraft which have had separate deployment anomalies are the LEMUR 2-43 ARTFISCHER ship tracking and atmospheric research satellite which was reportedly deployed but appears to have come off late in the 476 x 459km orbit rather than in the earlier 602 x 586km orbit used by the other LEMUR satellites carried.  Meanwhile, the Flock Earth observation spacecraft, FLOCK 2K-42, was not apparently deployed at all from the Fregat stage and has not been successfully tracked.