It was return time for the Dragon CRS-16 spacecraft which originally arrived and docked at the International Space Station on 16 December 2018. Having been unberthed from Harmony Nadir Port, the ISS robot arm released the Dragon CRS-16 spacecraft at 2333 GMT on 13 January 2019.  The craft, which was carrying two metric tons of cargo and experiments, then used thrusters to move away from the station.Dragon CRS-15 made deorbit burn at 0417 GMT on 14 January 2019 and then,  re-entered and made a parachute retarded splashdown in the Pacific Ocean southeast of Guadalupe Island, off the west coast of Baja California. It was recovered by ship. 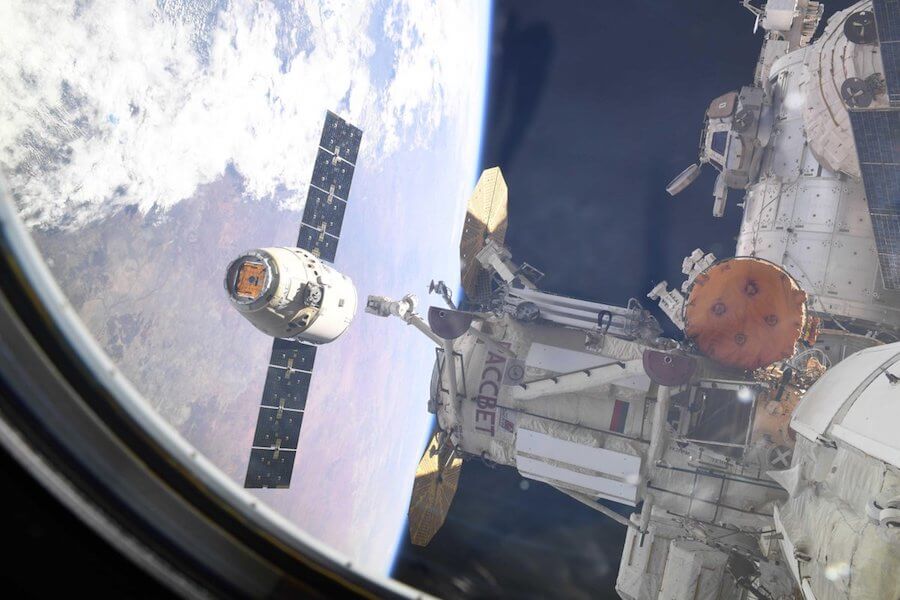