Egyptsat A (Misrsat A) was eventually successfully launched by a Soyuz 2-1b Fregat M rocket at 1647 GMT on 21 February from the Baikonur Cosmodrome. The flight, at first sight, appeared to be clear cut success, heading for its 650km near-polar Sun-synchronous low Earth orbit. In fact, there was a narrow escape for the Egyptsat A Earth observation satellite it was carrying.

This was because the Soyuz third stage ended its burn earlier than expected, which initially left the satellite and upper stage with a perigee 60 km lower than planned for that point in the trajectory. This altitude shortfall was later corrected by the Fregat M upper stage. All Soyuz 2 and Soyuz ST variants were temporarily grounded, affecting the planned launch of the first Oneweb communications satellites. However, this was quickly rescheduled after it was disclosed that the fault on the Egypsat A launch was caused by a human error in calibrating propellant sensors. This fault resulted in the early exhaustion of the oxidizer, prematurely ending the burn of the third stage engine.

With a panchromatic resolution of 1m and a multi-spectral resolution of 4m, the Egyptsat A is a follow-on to the Egyptsat 2 spacecraft, which failed in orbit after telemetry was lost following a computer fault during its first year in orbit. The 1000 kg Egyptsat A is an Earth observational satellite built by RSC Energia using its 559GK bus design for the National Authority for Remote Sensing and Space Sciences (NARSS) of Egypt. The satellite is insured.

Comment by David Todd: This near miss is another wake-up call to the Russian space agency/industrial conglomerate Roscosmos. Unlike the launch vehicles from other advanced space-faring nations, Russian rockets do not appear to be improving their reliability with experience. Quality control failures are normally the cause.

Update on 28 February:  At 2137 GMT on 28 February, the planned launch of six OneWeb satellites took place successfully aboard a Soyuz ST-B/Fregat MT rocket launched from Sinnamary near Kourou in French Guiana. The launch also carried four mass simulator satellites (built by APCO Technologies) which will not be separated from the Fregat MT stage dispenser. 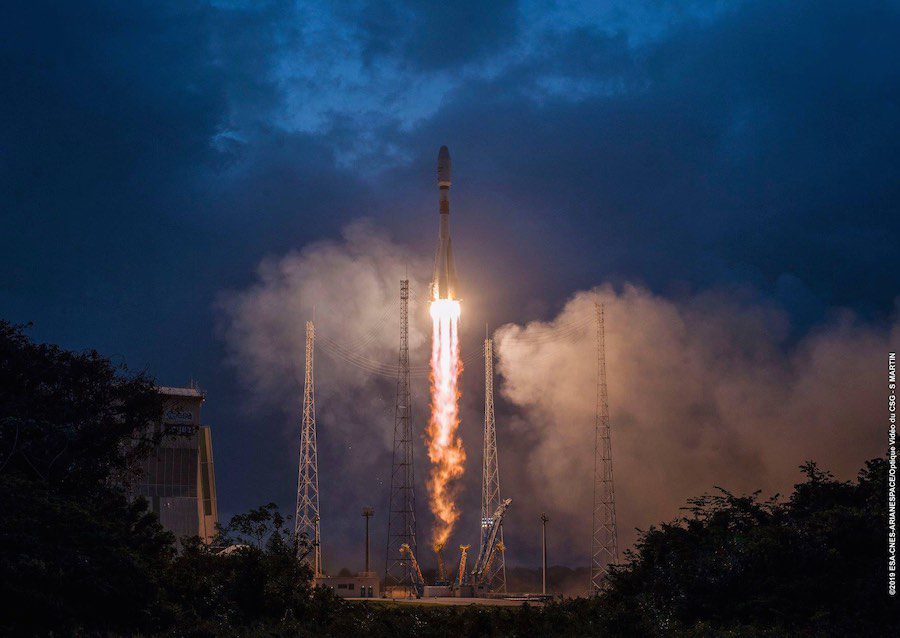