ESA chooses Josef Aschbacher as its next Director General…who is he and what does he want?

It has been confirmed that Josef Aschbacher will succeed the sometimes controversial but nevertheless well-regarded Jan Woerner as Director General of the European Space Agency. The ESA Council meeting on 17 December formally appointed Dr Aschbacher for a period of four years beginning on 1 July 2021. 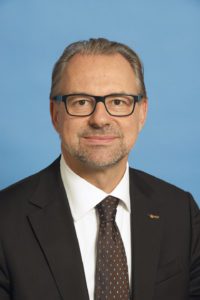 The decision was surprising as Aschbacher is an Austrian and Austria only contributes two per cent to the ESA budget. Normally there is political infighting between the major contributors (France, Germany, Italy etc) to get their own person in place. Aschbacher has worked at ESA since 1990, beginning his career as a young graduate in natural sciences from the University of Innsbruk. He rose through the ranks, becoming head of the Copernicus Earth environment and Earth Observation programme. In 2014, he became Head of Programme Planning and Coordination at ESA’s European Space Research Institute (ESRIN).

With respect to what Aschbacher wants to achieve, media reports note that he is planning to formalise the relationship between ESA and the European Union (EU). For several years now, sometimes to the chagrin of ESA, the EU has increasingly called the tune given that it is a major contributor to some major ESA programmes such as the Galileo navigation system and the Copernicus-Sentinel satellite network.

Aschbacher’s other headache is what to do about future launch vehicles. The Ariane 6 is already behind schedule and increasingly looks obsolescent compared with the reusable systems operated by SpaceX. There are moves to turn ESA towards reusable launch technologies. In the meantime, as an emergency measure, the ESA Council granted the expendable Ariane 6 programme a further €218m (£197m) to get the rocket flying in the second quarter of 2022.