Es’Hail-2 is successfully launched by Falcon 9

The launch of a Falcon 9v1.2 Block 5 rocket operated by SpaceX lifted off from SpaceX’s launch pad 39A (the former Space Shuttle pad) at the Kennedy Space Center launch site, near Cape Canaveral in Florida.  It injected the Es’Hail2 communications satellite into a geosynchronous transfer orbit (GTO) on its way to its eventual planned operating position over 26 degrees East in the geostationary arc..  The launch vehicle had a reusable first stage B1047 which was on its second flight (it flew first on the launch of Telstar 19V in July 2018) which landed on on the drone ship Of Course I Still Love You at 2054:30 GMT down range in the Atlantic Ocean. 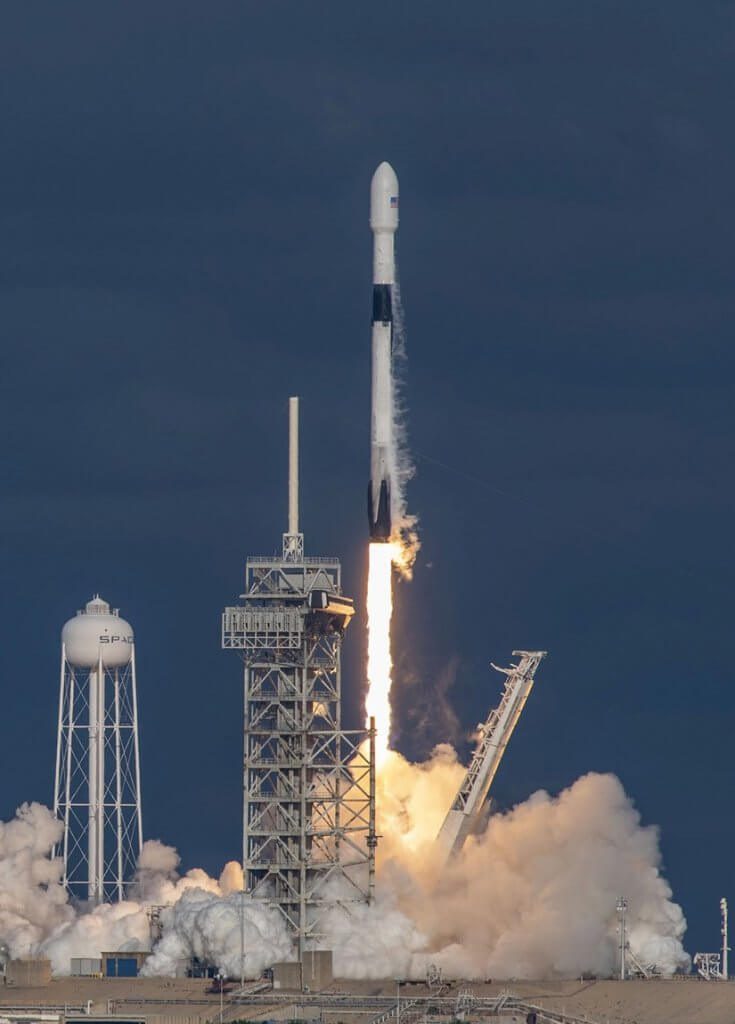 The Es’Hail-2 satellite uses a DS-2000 bus/platform and was built by Japan’s Mitsubishi Electric Corp (MELCO). Owned and operated by Es’Hailsat/ICT Qatar, the 5,300kg communications satellite will operate payloads in the Ku- and Ka-bands.  In addition to its main communications payloads, the satellite is carrying an amateur radio payload AMSAT Phase 4A (AMSAT-P4A).